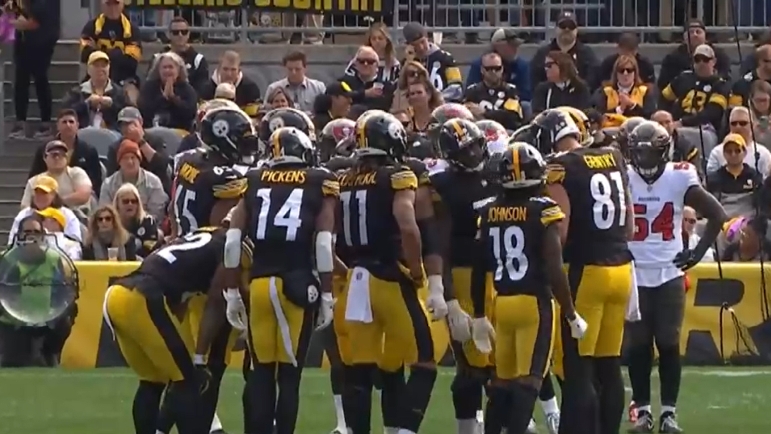 The Pittsburgh Steelers have played two games since they traded starting wide receiver Chase Claypool during the bye week. They are 1-1 since then, which is better than their overall record, and they put up 30 points—10 more offensively than in any other game this year—in the game that they lost.

What really has changed? Obviously it wouldn’t be accurate to say that taking Claypool out of the lineup is the reason that the offense has been better—gradual development from younger players and new pieces would have been expected anyway—but many will point to a greater concentration on rookie wide receiver George Pickens, even if the numbers don’t necessarily bear that out.

The rookie hasn’t played more snaps, nor has he been targeted more frequently in the two games since Claypool was traded, though of course we’re working from a small sample size. As far as the manner in which he is being used, Pickens himself doesn’t see a difference.

“I am doing the same thing,”, he told reporters earlier in the week, via the team’s website. “In the NFL, you have to run every route. I am running the same routes, the same plays. I am going through the same routine. Nothing really changed”.

Yielding seven receptions on 10 targets over the past two games, Pickens has picked up 115 yards in that time with his third touchdown of the year (second receiving touchdown). He caught four of six passes last week for 83 yards and a touchdown—but one of those incompletions was a drop on what probably would have been a 49-yard touchdown. 5-132-2 would have certainly made for a better stat line.

But he was still averaging 5.4 targets per game before the bye and 3.3 receptions. He averaged 42.3 yards per game, though that was up to 62.4 between games three and seven, after he was more involved in the offense and before the odd zero-reception game that preceded the bye.

It goes without saying that the Steelers drafted Pickens with the idea that he would be a primary focus of their offensive efforts. That was true before and after the trade. He’s already played 545 snaps this season, about 80 percent of the team’s total on offense, and that playing time has been consistent since week one, consistently in the 70-89 range.

In other words, he was already in the role they expected of him prior to the Claypool trade. Indeed, it was Claypool who was forced into a new role, manning the slot, partially because of Pickens being drafted. It’s just a matter of continuing to work with him, polishing some rough edges, and getting him the ball.