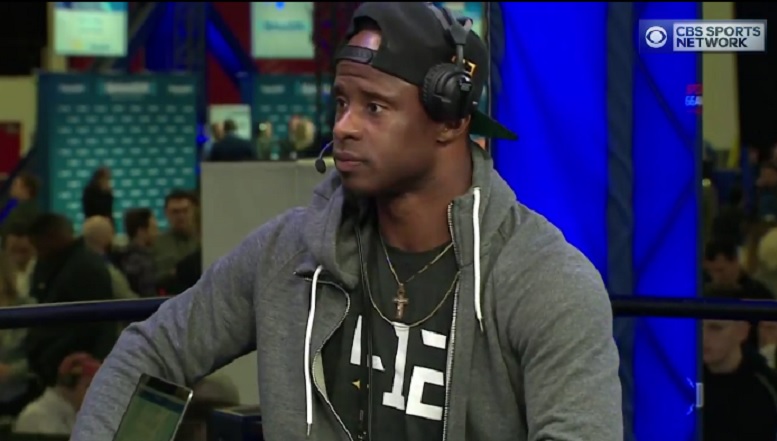 Former Steelers CB Ike Taylor went on to the MINUS THREE podcast hosted by Dave Dameshek and talked about his current outlook of the team as well as his experience helping in the scouting department.

When Taylor addressed the fact that Pittsburgh isn’t a good team at the moment, it’s not for a lack of talent on the offensive side of the football, particularly with one young player flashing what he is capable of despite the offense playing so poorly to start the 2022 season.

“I think George Pickens is probably one of the best young talents in the NFL,” Taylor said to Dameshek on the MINUS THREE podcast. “I think Pittsburgh hit it on the head when they drafted him.”

Ike is just reiterating what we already know about George Pickens as the rookie second-round pick out of Georgia has captivated the attention of Steelers fans and NFL fans alike in the first half of the season. Even in a limited offense, Pickens has flashed that playmaking ability you saw pop on tape at the University of Georgia which prompted the Steelers to take him with the 52nd pick this past spring.

Pickens came to Pittsburgh immediately making plays in training camp and transferred that to regular season action, making combative, acrobatic catches in tight coverage look routine at times thanks to his impressive leaping ability, strong hands at the catch point, and fluid body control to adjust to the ball while in the air or along the sideline.

The trade of Chase Claypool seemingly opens up targets to the likes of Pickens as well as WR Diontae Johnson and TE Pat Freiermuth in the passing game. While WR Steven Sims will likely get some run in the slot as Claypool’s potential replacement, QB Kenny Pickett has already shown a connection with Pickens and that connection could continue to grow as the two gel more over the second half of the season and with an established receiver in Claypool no longer on the roster.

Is WR George Pickens Set For A Second Half Surge After Chase Claypool Trade?

Pickens would have to have the offense get out of the gutter for him to make good on Taylor’s lofty statement of being one of the best young talents in the NFL. However, the young man’s talent is tantalizing to watch in what we have seen thus far and makes you only dream of what he can do should the offensive environment around him improve.