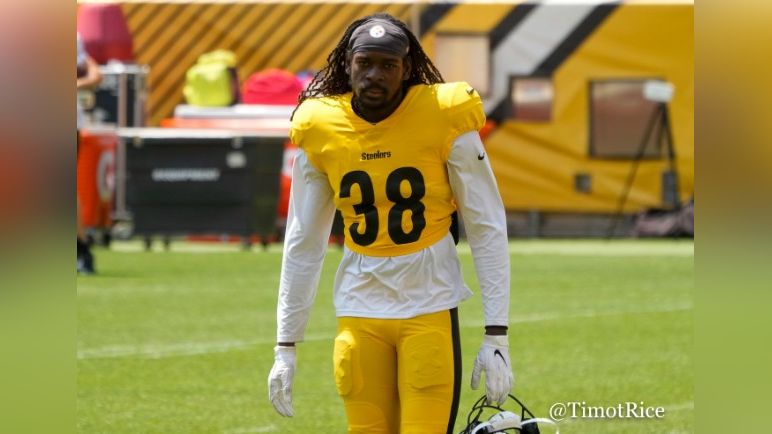 The XFL wrapped up its second and final day of its draft as the league starts up again under new management following its 2020 COVID shutdown. Sixteen former Pittsburgh Steelers were selected on Day One of the draft. Five more were taken on the second day, which began with three rounds of drafting special teamers along with an “open” eleven round finale where players from any position could be drafted. Here’s the former Steelers who have found new homes.

Briefly held on the Steelers’ 2021 practice squad and 2022 offseason roster. A former wide receiver with rare length for his current position, he transferred from Rhode Island to West Virginia to follow his dad, who became WVU’s volleyball coach. Signed by the Steelers after bouncing on and off the Miami Dolphins’ roster to give the team protection during their 2021 COVID outbreaks. Waived in May following rookie minicamp.

Signed to a futures contract in January, he was released in mid-August as the Steelers trimmed their roster from 90 to 85. Does have a bit of NFL experience with Atlanta in 2021, spending four games there as their punter and kickoff specialist. He’ll try to work his way back into the league through the XFL.

The biggest “name” on the list, Wing served as the Steelers’ punter all the way back in 2014 before losing out to Jordan Berry the following year. Traded to the New York Giants and served as their punter for three seasons. He had a cup of coffee with the AAF’s Memphis Express but hasn’t played a lot of football since 2017. At 31, we’ll see what he has left. Best remembered for a great fake punt against Florida while at LSU that was negated by a dumb celebration penalty.

For clarity, this was the 4th round of the “open” drafting period. A former receiver at Valdosta State, he transitioned to corner by the time he got to Pittsburgh. He looked the part and flashed early in camp before fading and not even making it to final cutdowns in 2021. He most recently spent time in the CFL.

An undrafted free agent who made the Steelers via his rookie tryout, Mason played his college ball at Arizona. He had the size the Steelers look for but was released just two weeks after being signed. Larry Ogunjobi eventually took his roster spot. He seems excited about his next chance to play football and good on him for that.

More than 1700 players were part of the league’s draft pool with over 440 of them drafted. There will be a supplemental draft held in January of 2023 for those currently under contract by leagues like the NFL. The XFL season kicks off on February 18th.