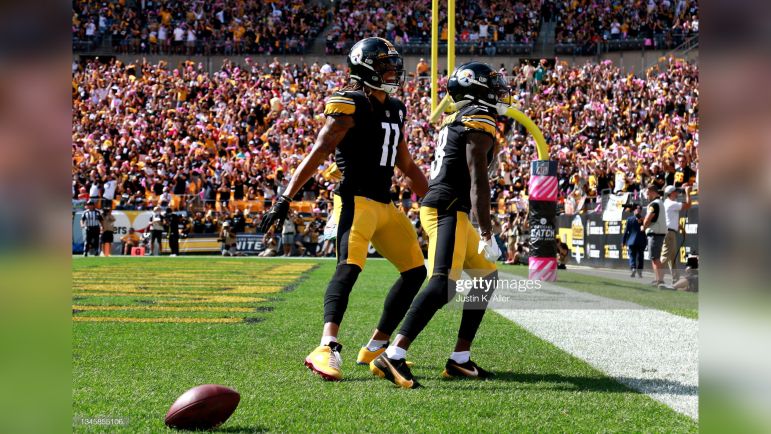 Just when we thought everything was going to be quiet in Pittsburgh as the trade deadline loomed Tuesday afternoon, fireworks went off before the cutoff at 4:00PM EST.

The rumors involving the possibility of the Steelers trading Claypool had been out there since the 2022 NFL Draft when they double dipped at WR, selecting WRs George Pickens and Calvin Austin III. While there had been some interest in Claypool from other teams, the belief was that Claypool wouldn’t be dealt prior to the deadline due to the value Pittsburgh placed on their third year WR, wanting at least a second-round draft pick in return.

Well, the Bears obliged Pittsburgh’s demands, shipping their own second-round selection in 2023 for Claypool. The trade came as a shock for Claypool as well as the rest of the locker room as the players had to take time to process that their former teammate just got dealt to Chicago.

Chase Claypool was at Steelers practice today and did interviews afterward. Shortly after, Claypool left the locker room and 15-20 min after that, news broke that he had been traded. Locker room was emptying out, but those around got noticeably quieter.

Just a day later, WR Diontae Johnson was asked if he knew that Claypool was going to get traded and how the team will move forward with him no longer in the receiver core.

“I ain’t had no clue about that,” Johnson said regarding whether he expected Claypool to get traded to the media Wednesday in the locker room on video from Chris Adamski’s Twitter page. “It’s next man up, man. I wish nothing but the best for Chase [Claypool]. Chase was a great player here and also a great friend. So, like I said, I can’t wish him nothing but… I wish him nothing but the best. Like I said, it’s next man up so whoever it is, step it up and keep the train rolling.”

When it comes to the succession plan for Claypool, the Steelers appear to be in good hands with Johnson and rookie WR George Pickens as the top two weapons in the passing game. Pickens has surpassed Claypool in terms on on-the-field impact early in the season, and now can garner an expanded role with a full snap share, thus giving him more opportunities in the passing game.

As far as manning the slot role that Claypool was playing, Pittsburgh will likely do so through a division of labor. Calvin Austin III would have been the ideal candidate, but he recently had foot surgery after having a setback from an injury he suffered in training camp, resulting in him getting placed on IR. Other WRs on the roster that fit the slot role are Steven Sims and Gunner Olszewski who are smaller, shiftier pass catchers. Adamski mentioned in his conversation with Johnson that Sims had been running in the slot at today’s practice and could be a good fit there based on his previous experience playing there with the Washington Commanders.

Pittsburgh also has special teams ace Miles Boykin who fits more as an outside receiver but see action if either Pickens or Johnson are moved inside depending on the formation or if Pittsburgh is looking for an advantageous matchup. TE Pat Freiermuth is also a likely candidate to see his role grow, being a similar type of player as Claypool as a big-bodied receiver that can line up near the LOS or in the slot and work the middle of the field as well as be a threat in the red zone.

Losing Claypool will hurt Pittsburgh’s depth at WR with Austin also lost for the season, but the compensation the Bears paid to acquire Claypool was too great for Pittsburgh to possibly turn down. Still, Johnson is right that someone must step up in his absence as the WRs on the roster behind Johnson and Pickens have been used sparingly this season. It appears as if Sims will get first crack at the opportunity to play in the slot, but we will see what route Pittsburgh chooses to take post-Claypool trade when the team returns after the bye.