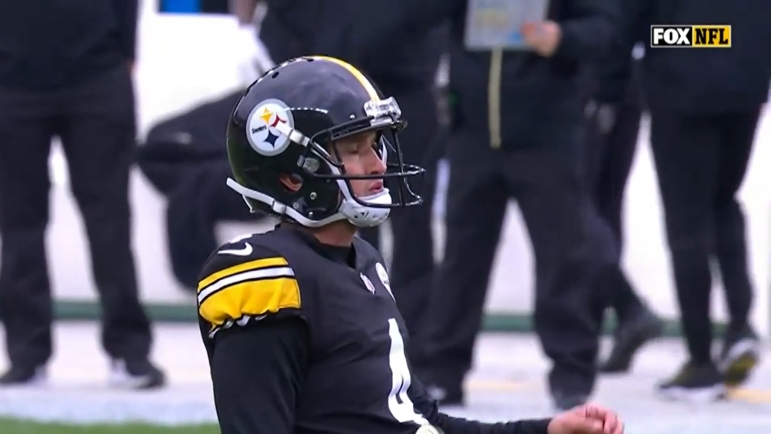 One way or another, the Pittsburgh Steelers are going to have to make do without kicker Chris Boswell for at least another three games. The veteran was placed on the Reserve/Injured List prior to the team’s last game, and a player on IR must sit out at least four games before he is eligible to return.

Some may be wondering if his replacement, Matthew Wright, will last that long. Although he’s not new to the league, or even to the team, his Steelers 2022 debut saw him miss two out of four field goal attempts, not something you want to see from your fill-in. But his teammates and coaches are undaunted.

That seems to go particularly for special teams coordinator Danny Smith, who strongly advocated for Wright in comments made to the Pittsburgh Tribune-Review’s Chris Adamski this week. “There’s certain people in my life that I trust,” he is quoted as saying, “and I trust him.”

Of course, he doesn’t quantify an amount with ‘certain’, but the implication is that the number is relatively limited and that to be trusted by him is something worth noting. He obviously trusted him more than Nick Sciba, who replaced Boswell in the game before the bye.

“I like and respect Nick,” Smith said, but at the time the Steelers weren’t sure the extent of Boswell’s injury. Wright was sitting on the Kansas City Chiefs’ practice squad, and signing him from there would force at least a three-game commitment, so they weren’t ready to make that move at that point, signing instead who they believed was the best available free agent on short notice.

Sciba, to his credit, made all of the kicks that he was asked to attempt for Pittsburgh in that game. But after they got a better look at Boswell’s injury the following week and determined that it would be longer in nature, that’s when they decided to make that move and bring in Wright from the Chiefs’ practice squad.

Any player signed off of another team’s practice squad is entitled to three game checks and will count against the team’s 53-man roster for three weeks whether he is on the roster or not. That means they are still indebted to Wright for a minimum of two more games.

Still, I don’t think that in any way colors the comments his coaches and teammates have made about him. They still believe in his abilities in spite of the fact that he had a rough game, granted in windy weather and somewhat adverse circumstances, his first game back.

Wright was 28 for 32 on field goals in his career prior to signing with the Steelers earlier this year. He kicked for Pittsburgh for three games back in 2020 and went a perfect 7 for 7. Prior to a two-game stint in Kansas City earlier this year, he kicked for 14 games in Jacksonville last season. He originally signed with Pittsburgh as a college free agent in 2019.