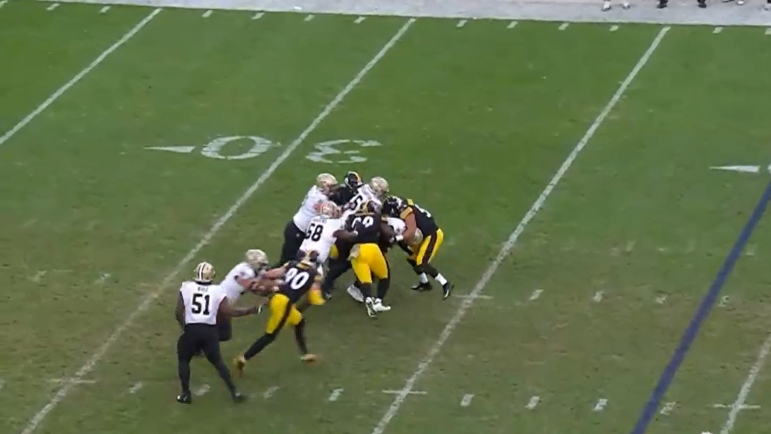 The Indianapolis Colts have undergone a lot of surprising changes within the organization this season, from firing head coach Frank Reich and offensive coordinator Marcus Brady, hiring Jeff Saturday away from ESPN as the interim head coach, and even benching Matt Ryan before inserting him back into the line.

Despite all the changes, there will remain a constant in the gameplan for the Colts on Monday Night Football against the Pittsburgh Steelers at Lucas Oil Stadium. That will be the need to gameplan around the Steelers’ terrific defensive front, led by star outside linebacker T.J. Watt and All-Pro defensive tackle Cameron Heyward, along with emerging third-year outside linebacker Alex Highsmith.

For first-year Indianapolis offensive coordinator Parks Frazier, who was promoted to the position after Reich was fired and Saturday was hired, he understands that the talent and disruptiveness in the defensive front from the Steelers will certainly play into how he calls a game. Knowing that, he also understands he has to come up with a gameplan to combat that, which is challenging in and of itself.

Speaking with reporters Wednesday ahead of the Monday Night Football matchup in Week 12, Frazier gave his thoughts on the Steelers’ stars in the trenches.

“I think you’re always thinking about that. Especially when you’re going against a defense like Pittsburgh who, (T.J.) Watt and (Alex) Highsmith are really good players,” Frazier said to reporters regarding the talent up front changing his play-calling, according to the official transcript provided by the team. “Highsmith, I feel like he’s an underrated player in this league and he’s having a heck of a year numbers wise. Obviously, we know what (Cameron) Heyward brings inside too.

“When you’re going against a front like that, it obviously plays into your play calling and your decision making and really, it’s your game planning. You think about those things going through the week and the things you put on the call sheet,” Frazier added, according to the transcript. “That’s obviously on your mind with everything and so, I think that we’re going to put together a good plan for those guys and hopefully we can go execute it on Sunday.”

Kudos to Frazier for being up front and honest regarding what the opponent does to a gameplan. Sometimes, offensive coordinators and other coaches in general downplay the impact the opponent has on a gameplan, at least based on talent, instead stating that it’s on their own players to win individual matches and execute.

Going against a front as loaded as Pittsburgh’s though can be rather difficult against the run and in the passing game.

Earlier in the season the Colts’ offensive line really struggled to protect Matt Ryan and open up rushing lanes for star running back Johnathan Taylor, leading to the slow start and ultimately the significant changes offensively.

Since Saturday has come in though, the offensive line has rebounded in a big way, Ryan has done a nice job commanding the offense once again, and Taylor has returned to his dominant ways in the ground game. The Colts have a style they like to play, but going against Pittsburgh’s front could change the way the Colts try and attack offensively.

We’ll see what Frazier and the Colts have in store for the Steelers front Monday night.