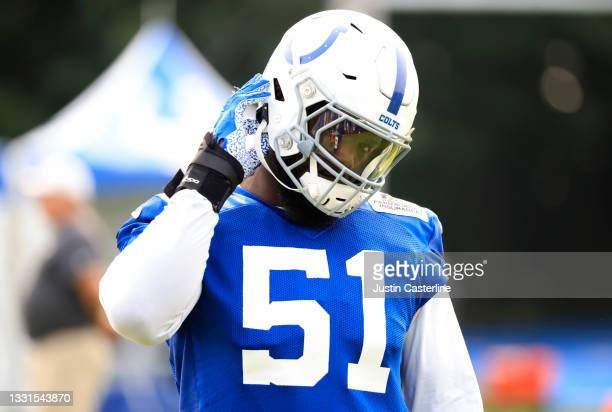 The Indianapolis Colts have made several changes to their injury report ahead of tomorrow night’s game against the Pittsburgh Steelers.

They have downgraded DE Kwity Paye (ankle) from doubtful to put, LB Zaire Franklin (illness) to questionable, and TE Kylen Grandson (illness) from questionable to doubtful.

It sounds like the Colts have a bug going around in their locker room. Franklin is not only the team’s leading tackler but leads the entire league and has missed only a handful of snaps all season. Paye is a former high draft pick who was not expected to play due to the injury. He has four sacks in seven games this season.

Granson is one of several right ends that rotate snaps for the Colts, more of a H-Back type than an on-line blocker. On the season, he’s caught 25 passes for nearly 250 yards.

The Colts enter tomorrow’s game as slight home favorites. The Steelers will look to secure victory and avoid their first 3-8 start in team history.