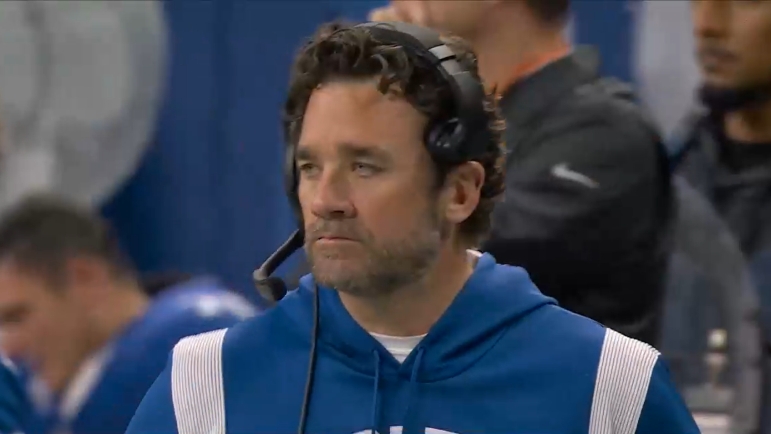 Although the Pittsburgh Steelers ultimately ended the game in the victory formation, having recorded a turnover on downs on defense, the Indianapolis Colts drew criticism in the final minutes for the manner in which they handled the game clock.

Interim head coach Jeff Saturday’s team took over down seven points with 3:52 to play and all three timeouts in their pocket. That is more than enough time for any competent offense to do whatever it is that they would want to try to do to win the game.

They used up very nearly three and a half minutes only to get to the Steelers’ 26-yard line with 24 seconds remaining by the time they ran their final play on 4th and 3. They used only one of their three timeouts, just prior to that play, following a 14-yard scramble on 2nd and 17 by Matt Ryan with 59 seconds to go—they rushed to the line to call a run play for Jonathan Taylor that gained nothing on 3rd and 3 with 34 seconds to go.

“I didn’t feel like time was really of the essence at the moment,” Saturday said after the game when asked about his clock management and why he sat on two timeouts. “I thought we had a good play and I felt like we would get to it.”

“I felt good about the call before,” he said of the third-down Taylor run but said that they failed on the back side of the play and made it look worse than it was. “I felt like we would have time, we would have timeouts afterwards. We were in striking distance, so I never felt the pressure of needing a timeout.”

Well, he might have felt differently if his team actually got the fourth-down conversion, although by then they would have been in the red zone with two timeouts—or at least one timeout—and about 20 or so seconds to go.

Saturday, as you know, is only in his third game as a professional coach generally, let alone as head coach. He was a long-time NFL center but that certainly doesn’t make him an expert on clock management. Of course, neither does being a head coach.

Did the Colts lose the game because of the time on the clock? Absolutely not. Could Saturday have done a better job preserving the time that they had remaining, knowing that they don’t exactly have a home run offense—and that neither do the Steelers? Absolutely.

“When [Ryan] was going down, I couldn’t tell where they were going to start him from going down, like if he was going to get the first down, and then we got there,” Saturday said. “I expected us to get on the ball and have another play a little bit quicker than that. But again, this wasn’t a press for time. We just didn’t make enough plays.”

And, again, if they had made that one last play, we would be discussing whether or not they had enough time.