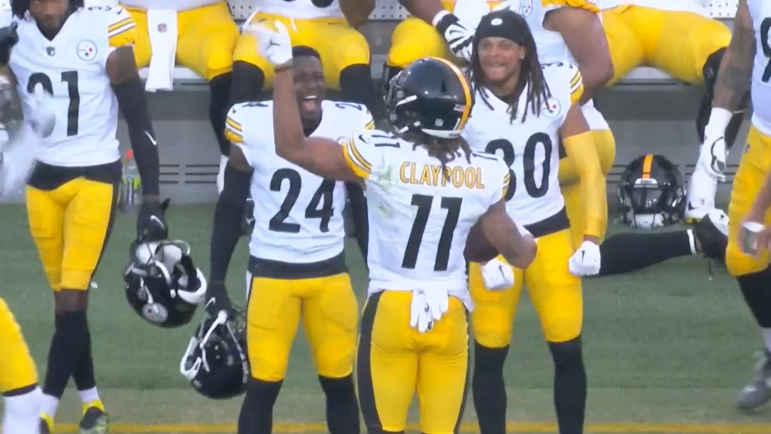 The Pittsburgh Steelers turned out to be the most active team in the league on the final day of trades for the 2022 season, doing a bit of addition and subtraction—and some might contend addition by subtraction. The big move of course was their scoring a second-round draft pick from the Chicago Bears for third-year wide receiver Chase Claypool.

That was quite a haul for the veteran who by consensus has not lived up to the potential perceived within him following an excellent rookie season. Even more than they got from the Las Vegas Raiders for Martavis Bryant, a deadline in both cases pressing the issue.

But it wasn’t only a deadline working to drive up Claypool’s price, nor was it merely the stubbornness of the Steelers’ front office and coaching staff to relinquish a commodity that they valued. No, it was an interdivisional arms race.

As you surely know, the Green Bay Packers had been linked to interest in Claypool for weeks. Entering the day, many sources expected that if he were to be moved, it would be to Green Bay. Instead, he still winds up in the NFC North, but in Chicago.

Tom Silverstein reported earlier today that the Packers were also willing to dispense with their own second-round pick in the 2023 NFL Draft to get Claypool. The Steelers, however, felt that the Bears would wind up with the more choice draft selection by the end of the year, even though both teams are 3-5.

As some others have reported, the #Packers were in the running for #Steelers WR Chase Claypool. They offered the same compensation as Chicago did, a source said. But the #Steelers thought Chicago's pick would be considerably higher even though both teams are 3-5.

It was originally reported that the Bears would actually be sending the Steelers a second-round draft pick that they got from the Baltimore Ravens in exchange for a trade that sent linebacker Roquan Smith to the AFC North leaders.

I can’t help but wonder if those reports stem from some last-minute bidding; perhaps the Bears wanted to give up the acquired second-round pick, and had offered that, but learned that the Packers would be getting Claypool instead unless they gave up their native draft pick.

Outside of the aborted union with Melvin Ingram last season that saw the Steelers deal him mid-season last year, the last time that Pittsburgh traded away one of their own in-season was back in 1993 in Bill Cowher’s second season. He traded fourth-year running back Tim Worley to the Chicago Bears, coincidentally enough, five games into the season, a year after missing the entire 1992 season due to violations of the league’s substance abuse policy.

The Steelers are hoping that the second-round pick they get in return for Claypool will help them replenish the roster in what will mark the first draft for the new front office. Omar Khan is a long-held presence in the room, but this will be his first class as general manager, and Andy Weidl is new to the organization this year (as an executive), serving in the newly-created post of assistant general manager.