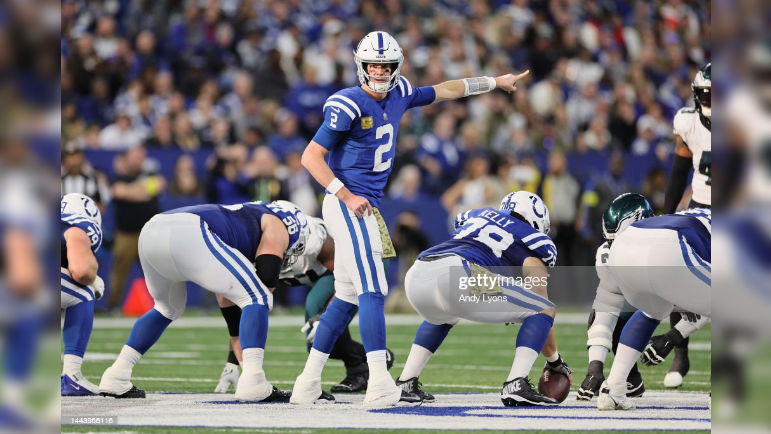 It’s been a rather difficult season so far for the Pittsburgh Steelers, who sit at 3-7 and have a difficult trip to Indianapolis for a Monday Night Football matchup with the equally struggling Colts in front of a national audience.

The Colts have dealt with their own issues, from poor play along the offensive line, injuries defensively, the benching and re-insertion of Matt Ryan into the lineup, the firing of Frank Reich and stunning hiring of Jeff Saturday away from ESPN as the interim head coach, and more. But, the Steelers have had significant issues of their own, including injuries, poor play from key pieces, a woeful offense and the decision to go from Mitch Trubisky to rookie Kenny Pickett under center, kicking starting the growth and development process for the prized first-round pick.

Both teams have been mostly a mess this season, but CBS Sports’ Cody Benjamin believes there will be a clear-cut winner on Monday Night Football in Week 12, that being the Colts in blowout fashion, at least according to his bold predictions for the week.

“The matchup screams ugly, low-scoring affair, but consider that the Steelers could be down two key players in Jaylen Warren, who brings much-needed pop to Najee Harris’ plodding ground game; and center Mason Cole, the first line of defense to rookie QB Kenny Pickett,” Benjamin writes for his bold prediction for Colts-Steelers. “Consider also that Indy boasts a top-10 “D” that just limited the Eagles to 17 points, and all Matt Ryan and Co. might need is a few scoring drives to run away with this. Pittsburgh’s porous secondary should afford opportunities for Michael Pittman Jr. and Parris Campbell to go off.”

The Steelers could be without the services of Warren and Cole on Sunday offensively, that much is true. While they’ve been solid players overall for the black and gold offensively, the losses of those players for the Monday night matchup wouldn’t be all that detrimental. Granted, Warren is a dynamic player, one who is an integral part of the limited offensive attack this season, but being without a second-string running back isn’t that major of an issue.

Neither is the potential loss of Cole for the week. Cole exited the Week 11 loss to the Cincinnati Bengals around halftime and missed the entire second half, forcing the Steelers to turn to J.C. Hassenauer in his place. Hassenauer, to his credit, played well in relief in 41 snaps, recording an overall grade of 67.2 from PFF in the matchup, including a 66.2 run blocking grade and a 68.2 pass blocking grade.

'Every week as a backup you prepare to start. You never know when your opportunity is going to be. You have to take advantage of that opportunity. Every week I am going to prepare as if I'm starting.' – center @JCHassenauer on always being prepared

For one week, at least, Hassenauer will be serviceable in the middle of the Steelers offense.

That said though, the defensive issues in Week 11 against the Bengals were a major concern. Though the Colts don’t have as much star power as the Bengals do, Ryan remains a good quarterback, one that could carve up a struggling Steelers secondary with Michael Pittman, Alec Pierce and Paris Campbell as his top weapons, not to mention star running back Johnathan Taylor in the backfield.

Predicting a blowout is bold though. The Steelers have been blown out twice this season against the Buffalo Bills (38-3) and the Philadelphia Eagles (35-13); three times if you wanted to include the 29-17 loss to the Cleveland Browns on Thursday Night Football. The blowouts to the Bills and the Eagles occurred on the road, and the matchup against the Colts is on the road.

The Colts have been trying to get the ball out of Matt Ryan’s hands quickly to help the OL, but opposing defenses are catching on. Here are just a couple plays where the Eagles defense is all over the quick routes. It’s becoming predictable. pic.twitter.com/RlozmQyxaw

That said, Indianapolis’ offense isn’t as explosive as those two teams, which will make it difficult for the Colts to put up points in bunches. The real concern for the Steelers will be going against a top-flight Colts’ defense with a rookie quarterback on the road in primetime.

Pickett has shown time and time again that no moment is too big for him, but this might be the best defense he’ll face all season. The Colts have great players at all three levels in names like DeForest Buckner and Yannick Ngakoue in the trenches, Bobby Okereke at linebacker and former Defensive Player of the Year in cornerback Stephon Gilmore.

It will be a tall task for the Steelers on Monday Night Football against a Colts still that still has a ton of talent despite its struggles. A blowout is a hard thing to believe will occur though, especially with the Steelers getting healthier and having an extra day of preparation this week. Stranger things have happened though.