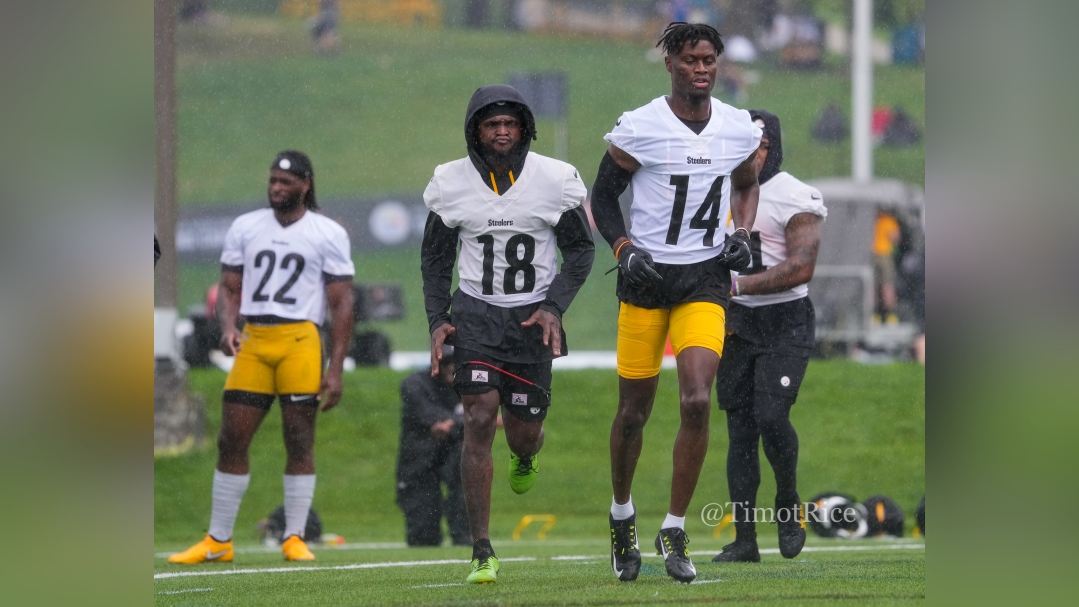 Though he may be struggling to produce at the level many have come to expect of him, Pittsburgh Steelers fourth-year wide receiver Diontae Johnson continues to step up in a big way behind the scenes in a key situation: being a leader.

While he may be a bit frustrated with the production on the field, Johnson — who signed a lucrative two-year extension in training camp — has not let the lack of production carry over into his role as a leader of a young receiver room. That was quite evident on Monday Night Football against the Indianapolis Colts.

Johnson was seen speaking with rookie wide receiver George Pickens on the bench after the standout rookie had two crucial drops and couldn’t make a play on a potential touchdown late in the first half. Pickens, who has great hands overall and rarely drops the football, was beside himself with the struggles.

There was Johnson with a calming presence though, speaking from experience with Pickens to get him back on track.

I don't think that Diontae Johnson gets credit (outside of the locker room) for leadership on the Steelers offense. But he should. https://t.co/09PW3jkAng

Speaking with reporters Wednesday during his weekly session with the media, Johnson explained what his message was to the standout rookie.

“Just trying to be that teammate, just be there for him when he was down and out,” Johnson stated to reporters, according to video via Steelers.com. “Just worried about what he could have did in that moment or whatnot. You know, just me, my job as a player and as a leader, just to step in and just say, ‘Hey, it is gonna be alright.’ You’re gonna have situations like that. It’s just how you respond to them. You can’t let one moment define you or take you out your game or whatnot.

“So I told him I’ve been there before, you just gotta lock in and let it go,” Johnson added. “Cuz like I said, the best of the best are gonna do it [drop the football]. So move on from it and just learn from it.”

Over the years, after going from that raw, talented wide receiver into the dynamic weapon he is now, Johnson has had to go through growing pains with drops and inconsistencies. His message to Pickens Monday night displayed a real maturity to his game, which is terrific to see. He knows what his role in the room is as that No. 1 receiver, and that includes being a calming presence and a leader.

Safe to say he’s stepping up and coming through in that department this season.

Johnson’s message seemed to hit home with Pickens, who bounced back and made a couple of key catches down the stretch for the Steelers in the 24-17 win, helping the black and gold improve to 4-7 on the season.