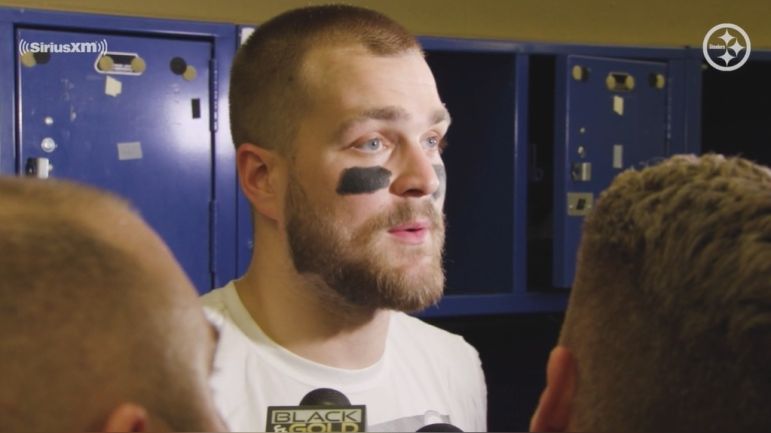 The Pittsburgh Steelers’ came out of Monday night’s game with a win.

They’ll look to do the same next weekend.

If they can, it’ll be the team’s first winning streak of the season Though some will argue it’s too late, Pat Freiermuth thinks better late than never. Speaking to reporters after the team’s 24-17 victory over the Indianapolis Colts, Freiermuth is looking for another “W” next week.

“Better be a good time to start stacking wins,” Freiermuth said via Steelers.com. “We’re in a good position right now to stack them and we’ve got to continue that.”

Freiermuth played a key role in the victory. Though his stat line doesn’t jump off the page, three receptions for 39 yards, they came in key moments. One came on third down that set up Benny Snell’s go-ahead touchdown in the fourth quarter while another picked up ten yards on 2nd and 12, setting up a third down conversion that soon led to Najee Harris’ six-yard score in the second quarter. Like always, Freiermuth showcased strong hands and he was especially quick turning and getting upfield. He also helped block as the Steelers ran for 172 yards and two scores.

Pittsburgh will have the opportunity for its first win streak Sunday afternoon against the Atlanta Falcons. Sitting at 5-7, the Falcons aren’t an especially strong team but are still very competing for the NFC South division lead. Their offense goes through its run game and four-headed attack in the backfield while veteran QB Marcus Mariota is a threat with his legs, too.

While the Steelers are trending in the right direction, a two-game streak exiting Week 13 will have its own challenges. Most notably, they’ll be playing on a short week on the road for one of their longest trips of the season. Generally, teams facing those circumstances don’t fare well. That happened to the New Orleans Saints in Week 10. Coming off a Monday night game to the Baltimore Ravens, they had to travel to Pittsburgh for their next game, came out flat, and lost in fairly disposable fashion. The Steelers will look to avoid the same fate.

And if they want the faintest hopes of a playoff conversation, to at least be included in the “In The Hunt” graphic, they’ll have to put together their first winning streak of the season next Sunday.