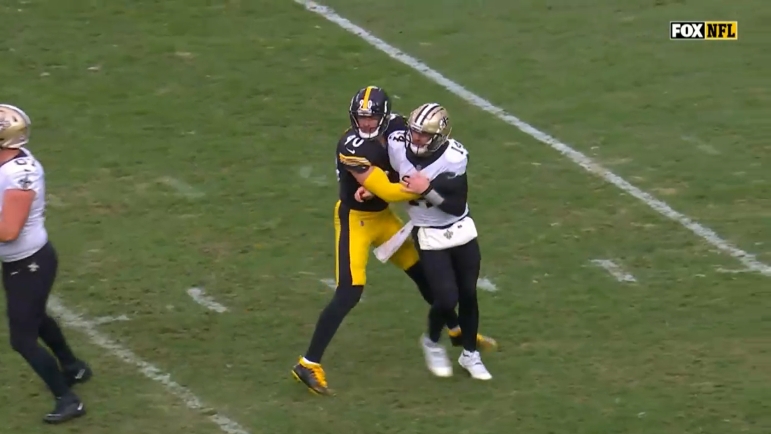 The Pittsburgh Steelers defense played one of their better games of the season in Sunday’s 20-10 win over the New Orleans Saints. While the team got T.J. Watt back from injury, they were still down Minkah Fitzpatrick, who underwent an appendectomy on Saturday. Despite that, they forced two turnovers and didn’t allow the Saints’ offense to get much of anything going. Defensive lineman Cameron Heyward credited improved assignments for the defense’s success.

“I think just everybody playing assignment football. Even, there was one play, T.J. [Watt] took the assignment of taking Taysom Hill out of the play, and with that, getting the ball out of his hands, and I think we gave up a 10-yard run, but you could see the execution there. The execution I just thought picked up in the run defense, and that led to a couple sacks and the turnovers as well,” Heyward said via Steelers.com

The play Heyward mentioned did result in a 14-yard gain for running back Alvin Kamara on first down, but Watt put a lick on Hill and ruined any thoughts he might have about keeping the ball himself. Hill is an important part of the New Orleans offense just for the sheer amount of things he can do with the ball, so even though the play wasn’t necessarily a positive one for Pittsburgh’s defense, it was a good example of them playing to their assignments and clearly a good job by Watt to make Hill just a little bit more uncomfortable under center.

As a whole, the Steelers’ front seven was terrific against the run today. That 14-yard run was the longest of the day by the Saints, as they tallied just 15 carries for 29 yards with Kamara running 8 times for 26 yards. Kamara’s also a weapon as a receiver out of the backfield, but the Steelers did a good job limiting him as he had just three catches for 19 yards.

One thing Pittsburgh’s defense does really well when they’re playing the way they’re capable of is taking away the other team’s best players. Today, they took away Kamara, only let Chris Olave get 40 yards, and didn’t let Hill beat them at all. The defense really stepped up and didn’t allow a single explosive play all game, with an 18-yard catch by tight end Adam Trautman ending up as New Orleans’ longest play of the game.

They also got the Saints off the field early, as New Orleans had just 10 total first downs compared to Pittsburgh’s 28 and the Saints possessed the ball for just 21:04. It was a masterclass in controlling the game, and a lot of credit goes out to the defense for not letting the Saints get rolling. If they play assignment football this well the rest of the year, the defense might help the Steelers steal a game or two that they might not otherwise win.