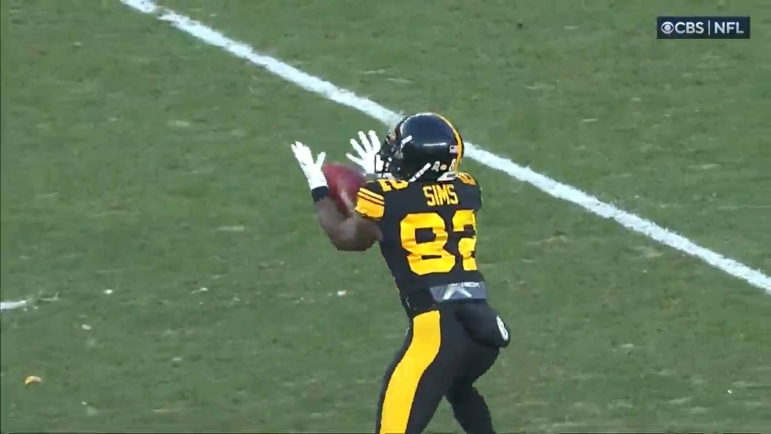 Reasoning: The veteran wide receiver is not exactly coming off of a shining moment for him, and his margin for error may be narrowing. Vying for playing time offensively in the slot with Gunner Olszewski, the fact that he muffed a kick last week reminds us that he has issues and is vulnerable there as well.

Steven Sims’ stat line from last week. 32 snaps played on offense, 11 on defense. One rush for minus three yards. Zero catches on zero targets. He did have seven kick returns for a season-high 154 yards (a 22-yard average, unremarkable), and two punt returns for 16 yards. But he also muffed a kick that he was fortunate to recover.

Players like Sims don’t operate with the longest of leashes, something that his teammate Gunner Olszewski could easily remind him of. The latter opened the season as the team’s starting return man for both punts and kicks. After a few muffs and fumbles, he got benched in favor of Sims—who fumbled five times in his last full season in Washington, four on returns.

Last week’s game was a reminder of the fact that there is a reason he was available to sit on the Steelers’ practice squad all of last year even though he was a player who had NFL experience and some production both on offense and as a specialist.

Thus far, he has also taken the most snaps out of the slot on offense, but he has hardly been targeted at all. He gets the jet sweeps here and there, but his most recent effort set the offense back by three yards.

Pittsburgh doesn’t have the kind of depth at wide receiver to bench or cut anybody at this point in the year, certainly not after trading away Chase Claypool, but if somebody like Sims is not producing or causing issues, he’s going to be riding the bench, plain and simple. His margin for error is slim. Another loose ball and we could see Olszewski again.