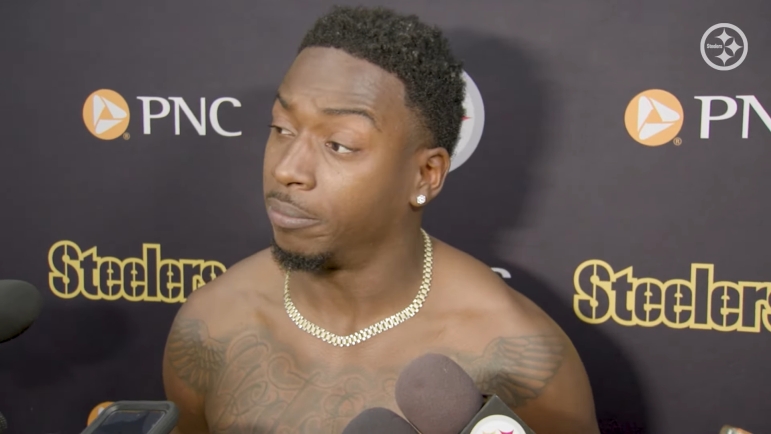 Reasoning: All that’s left is the waiting. The Steelers are likely to activate the veteran safety from the Reserve/Injured List today as they begin their formal practices for the week in preparation for Sunday’s game; meanwhile, he has head coach Mike Tomlin and others talking about the value he is going to bring in three-safety looks.

I don’t know off-hand exactly what the timeline is, but Damontae Kazee needs to be added to the 53-man roster this week, I believe either today or tomorrow, if he is to play again this season. We have every reason to believe that the Steelers will do that.

Kazee himself has already said that he expects to be activated, and in turn, expects to make his Steelers and 2022 debut after signing with Pittsburgh as a free agent shortly after the draft. He was slated to play a potentially sizable role as a sub-package defensive back.

Taking his time for a fractured forearm to heal, he is going to have to wear some protection around his arm, but he doesn’t expect that to slow him down any. Defensive backs coach Grady Brown emphatically stated last week that whatever preseason plans they had for him in the defense were still very much alive.

Meanwhile, fellow safety Minkah Fitzpatrick last week talked about how valuable Kazee will be in incorporating three-safety looks that give offenses a more difficult read. Head coach Mike Tomlin yesterday also discussed the potential uses of the three-safety package, even if he refused to go so far as to confirm that Kazee would be activated.

The only thing that would prevent that at this point is some type of injury, and with proper protection, there is little reason to fear a recurrence of his forearm injury. They gave it the time needed to get him to where he needs to be to play unencumbered. Now is the time for him to show it.