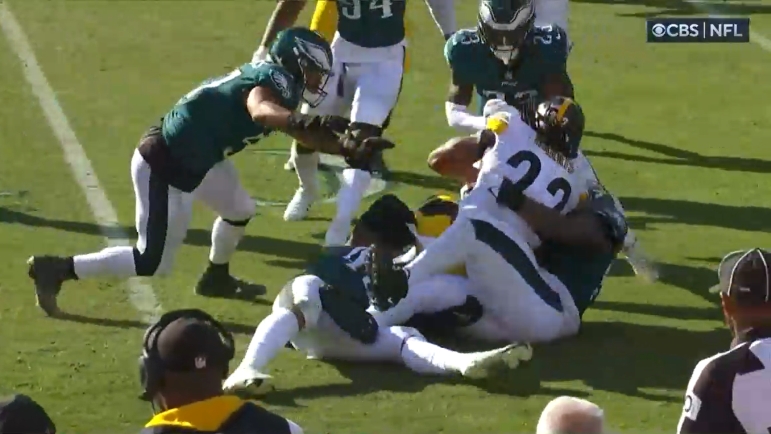 Reasoning: The second-year running back has not reached his potential by any means, a year and a half into the start of his career. The Steelers drafted him in the first round to be a complete player, yet they now find the need and desire to play a rookie undrafted free agent in certain key situations, including for pass protection and short-yardage. Excuses are beginning to wear.

There are a lot of factors limiting Najee Harris’ ability to produce. If he played against a better run-blocking offensive line, he would of course run better. If the quarterbacks were getting him the ball more in the passing game, he would be able to make more plays.

But isolated from the mitigating factors, his play this season simply hasn’t been where it should be. And for as much as Jaylen Warren may have impressed, the basic reality is that he wouldn’t be playing very much at all if Harris were performing at the level expected of him.

The idea that Harris wouldn’t be the short-yardage or third-down back would have been unthinkable by the end of last season. He went through rookie struggles, but was beginning to flesh out his game as the season progressed.

Yes, he had a significant foot injury in training camp that robbed him of a proper offseason and presumably still lingers to some extent. But the pressure is on him as the Steelers enter the second half of their season.

If he continues to perform at his current level, no matter how many ways he explains it away or calls for unity in the locker room, he’s only going to lose more playing time to Warren, and the vast majority of the fan base—at least the one that is active online—would celebrate it.

Truth be told, I don’t even know what I expect to see from him in the final nine games. Is he going to get better? How much has that foot been bothering him? Can the Steelers tinker with the offensive line during the bye to make it more productive? Can they find ways to better manage the run schemes?