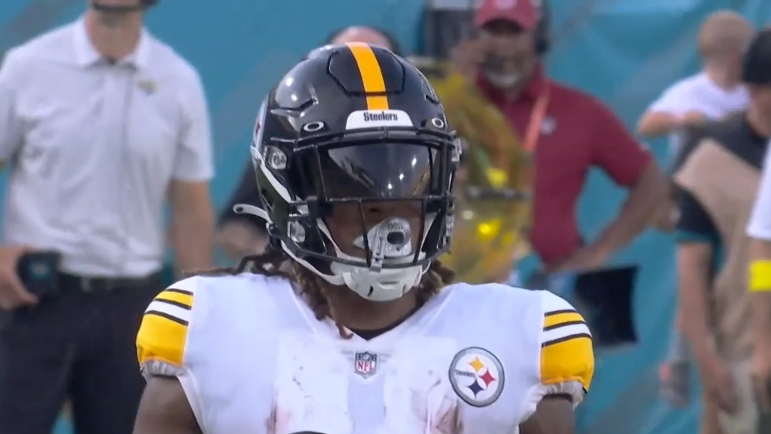 Reasoning: The veteran running back had bided his time throughout the season, committing himself to his special teams assignments while he watched rookie running back Jaylen Warren absorb all of the offensive snaps that he would formerly have gotten. With Warren trending toward being unavailable Monday, it may be time for Benny Snell Football™, perhaps one last time.

It’s a very bad sign for a rookie if he is not practicing at least by the second day of the week leading up to a game. Especially under a head coach like Mike Tomlin, it’s imperative that young players get the live reps ahead of a game in order for them to be prepared.

That’s why rookie running back Jaylen Warren right now appears to be trending toward not playing on Monday night. He has missed both of the Steelers’ first two practices so far. If he doesn’t practice today, we can safely assume he’s not going to play. Even if he practices in full, he might still end up being listed as Questionable.

In any event, the current trajectory would have fourth-year veteran running back Benny Snell Jr. back in a relevant role again. A former fourth-round pick, he was responsible for over 200 touches over the course of his first two seasons but has since fallen out of favor, and the rotation.

In fact, he only saw his first three snaps of the season on offense last week after Warren’s injury early on, and he didn’t touch the ball. But they talked of their confidence in him all throughout training camp and the preseason before Warren ran away with the backup job.

Regardless of what the on-field production says, it does seem to me that the coaching staff genuinely has confidence in Snell and his ability to do the job if called upon. And perhaps with the improvements to the offensive line since last season—say what you will, but Kendrick Green was in the lineup—he can do better than he did in 2021.

The fact that the Steelers will have a short turnaround after this one, coupled with Najee Harris’ 40 carries over the past two games, increases the likelihood that they will want to spread the work out in the backfield. And if Warren can’t go, that means it’s Snell.