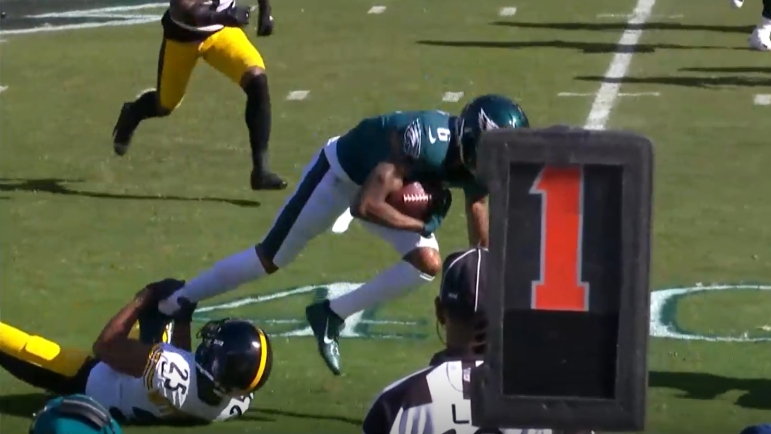 Reasoning: The former starter almost certainly has now lost his job with the Steelers’ acquisition of William Jackson III, whom they undoubtedly traded for to put in the starting lineup sooner or later. Having been benched due to poor performance in his return from injury on Sunday, he could find himself out of the lineup entirely, and maybe even a healthy scratch.

So here’s the deal. The Steelers have six cornerbacks on their 53-man roster, and by the time they play another game, they could have five safeties as well with Damontae Kazee likely to be activated from the Reserve/Injured List.

They could release Josh Jackson, of course, who was promoted to the 53-man roster after the Steelers placed DeMarvin Leal on the Reserve/Injured List, but that still leaves the team with 10 defensive backs and a decision to make on game day. In other words, who dresses?

Cameron Sutton and William Jackson III are your starters. Then you have to decide between Ahkello Witherspoon, Arthur Maulet, and Levi Wallace who your number three is. You could throw James Pierre in there as well.

One of those guys might not even dress with Kazee back, because Kazee is a guy they will use in sub-packages not only as an extra safety but as somebody who can play in the slot as well. Witherspoon has played special teams in the past, but it’s not what the Steelers added him to the roster to do.

What I’m trying to prepare you for, not that you would shed any tears over it, is that in the near future Witherspoon might again find himself as a healthy scratch if he doesn’t very quickly improve his play and stay healthy. Or he can continue to be a starter as their outside nickel. It’s up to him and his performance on the field to determine that.