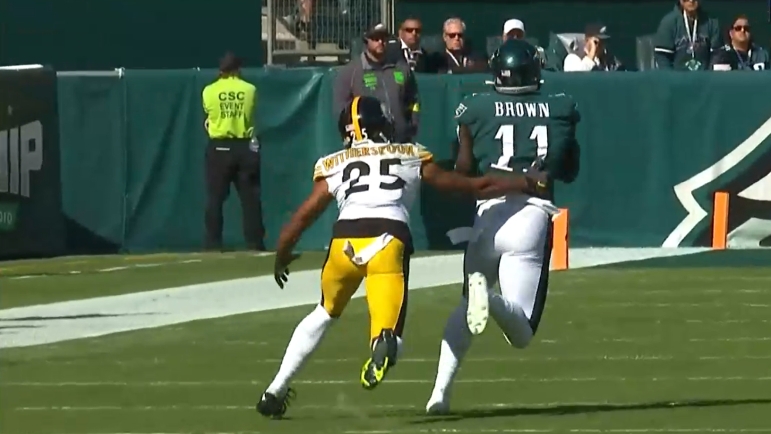 Question: Will Ahkello Witherspoon be a backup when he returns from injury?

The Steelers liked what they saw from cornerback Ahkello Witherspoon during his time with them last year that they re-signed him and eventually put him in the starting lineup. While he has spent most of the season dealing with injuries, the majority of his time on the field has been problematic, to be generous.

He has started every game for which he has been healthy, but head coach Mike Tomlin did bench him in his last appearance, which was against the Philadelphia Eagles before the bye. Levi Wallace was out in that game, so James Pierre replaced Witherspoon for most of the second half until he himself left with an injury.

While both Tomlin and Witherspoon said that he was not pulled from that game for anything to do with the injury he just overcame, the fact of the matter is that he didn’t play on Sunday, even after a bye week, so perhaps he wasn’t so healthy after all.

And perhaps we shouldn’t expect him to be healthy anytime soon, by that rate. But assuming that he does return, will he do so as a defensive contributor, or will he be watching from the sidelines? Wallace returned for the Steelers on Sunday and played his best game of the season, including an interception, though he did make a mistake on the Saints’ lone touchdown.

If Witherspoon is no longer in the lineup, we could see him marked a healthy scratch provided that health around the rest of the secondary permits it. having Damontae Kazee back is big, though of course Minkah Fitzpatrick and Josh Jackson are currently sidelined.

Regardless of how good he might have looked down the stretch last season, Witherspoon has not been that player whenever he’s been on the field for the Steelers this year. I don’t propose to know the cause, but the argument that putting him on the field gives you the best chance of winning has become a tough one to make.