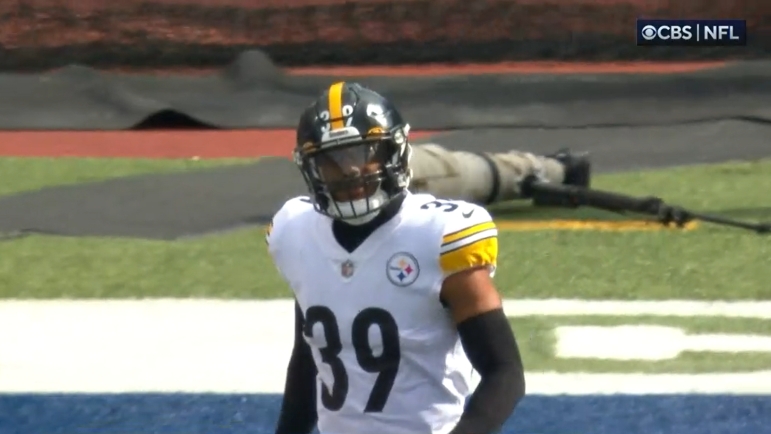 Question: Will Minkah Fitzpatrick play on Sunday against the Bengals?

All-Pro safety Minkah Fitzpatrick missed his second game of the season this past Sunday, having had an emergency appendectomy the previous day. But he was back to being a full participant in practice on Thursday.

What does that mean for his status on Sunday? Even though he has been ramping up his physical activity, Fitzpatrick himself seemed to caution against making any definitive declarations about his availability.

Practicing is one thing. Playing in a game is another. He talked about concerns about “the twisting and the turning stretching up and down” involved in going full speed within the context of a game. A laparoscopic appendectomy involves making small incisions that do penetrate the muscles. “You just want to make sure that’s properly healed before you go out there,” he said.

I’m not a medical expert, nor did I stay at a Holiday Inn last night, so I’m not really going to weigh in here. Outside indications do trend toward him playing, but no amount of practice is going to simulate the unpredictable movements that could be involved in playing in a game that could impact the incision areas.

The Steelers have been fortunate to go 2-0 in the games Fitzpatrick has missed this season, and now that they have Damontae Kazee available, the dropoff without him on the field is lower than at any other point since they first acquired him three years ago.

But if he’s good to go, you certainly want him out there. He is the most dynamic playmaker the Steelers have had in the secondary since Troy Polamalu, and also the most complete defensive back as well with his ability to play the run and tackle at a high level.

Getting him back also opens up the three-safety package now that Kazee is back, and it is something that both coaches and players have been talking about. It will come sooner or later, whether this week or next. Caution is important here, but if he’s ready to play with minimal risk of complications, I’m sure they’ll get him on the field.