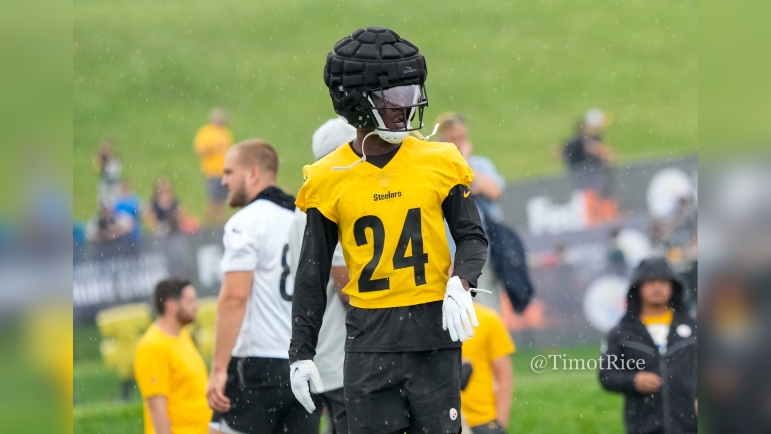 Question: Who will be cut when the Steelers activate Damontae Kazee?

Nearly every time a team allows a player who is on the Reserve/Injured List to begin practicing, he eventually finds his way to the 53-man roster. Let’s not scare ourselves off because of the situation with Calvin Austin III in which he reinjured his foot.

There is every reason to anticipate that Damontae Kazee will be activated and likely play in the team’s next game. But before they get to that point, they do have to open up a roster spot. If the rest of the secondary is healthy, then it should be a relatively simple problem to solve.

You cut Josh Jackson and send him back down to the practice squad. Or at least you try to. He is not quite a vested veteran, but even if he were, all players who are released after the trade deadline are subject to waivers. But that would apply to anybody they release.

Jackson spent most of the season on the practice squad until he was called up to the 53-man roster after rookie defensive lineman DeMarvin Leal was hurt and was placed on the Reserve/Injured List. The Steelers had a series of injuries at cornerback, so he was getting elevated from the practice squad as it was.

But is it really such an easy call? After all, he has played. He even started a game, and he kind of did alright. I mean…he started in 50 percent of the games they’ve won so far in 2022. So can they find another position to take away from?

I’ve previously raised the prospect of the Steelers waiving Kendrick Green, the second-year offensive lineman who has consistently been a healthy scratch all season. Even though they drafted him in the third round, he is less versatile than John Leglue on the practice squad. And there’s a rather fair chance he doesn’t get claimed anyway. Marcus Allen would be another possibility.