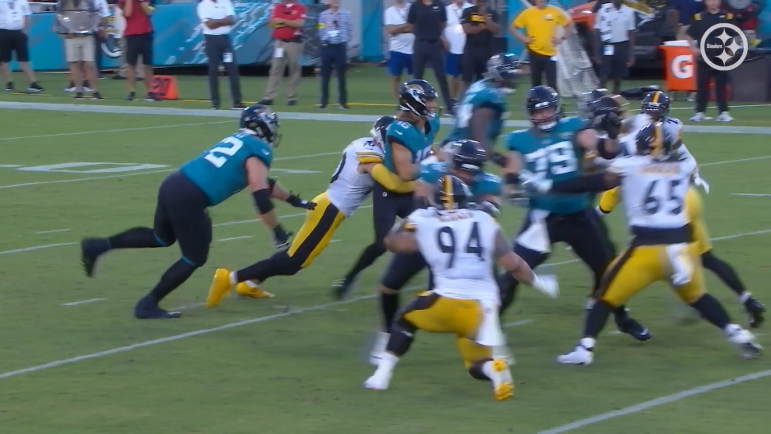 Question: How many sacks will T.J. Watt have over the final nine games of the season?

The Steelers managed eight sacks in the seven games they played without T.J. Watt, just barely more than they had in the one game with him. They led the NFL in sacks every season of his career, often largely because of him, since he’s been in the league. That’s not going to be the case this year.

He had 22.5 sacks by himself in 2021, though. He has nine games left. How many sacks can he get in that span? He started out with one in the season opener. Will he out-sack the entire Steelers’ defense during the period in which he was absent?

Since the start of the 2020 season, Watt has only had seven games during which he played the majority of the snaps and in which he failed to record a sack. In the same span, he has registered 12 multi-sack games, only two of which were fewer than two full sacks, and three of which were three or more.

We know what he’s capable of, at least when he’s relatively healthy and in his zone. We haven’t ever seen him quite in these circumstances, having missed so much time and working his way back in-season, so it’s hard to predict.

It seems almost unfathomable that Watt could come back and somehow be pedestrian, but these are uncharted waters. Maybe he comes out and has a dominant, three-sack game in which he looks like he hasn’t missed a beat and he can make me look like a fool for even contemplating otherwise.

It’s certainly well within his abilities. But the Steelers can’t count on that being the case, as though him coming back is simply going to fix all the problems. He’s better than Malik Reed and Jamir Jones and Ryan Anderson, I grant you that. But will he be the Defensive Player of the Year T.J. Watt? For that matter, can he stay healthy and avoid aggravating his injuries?