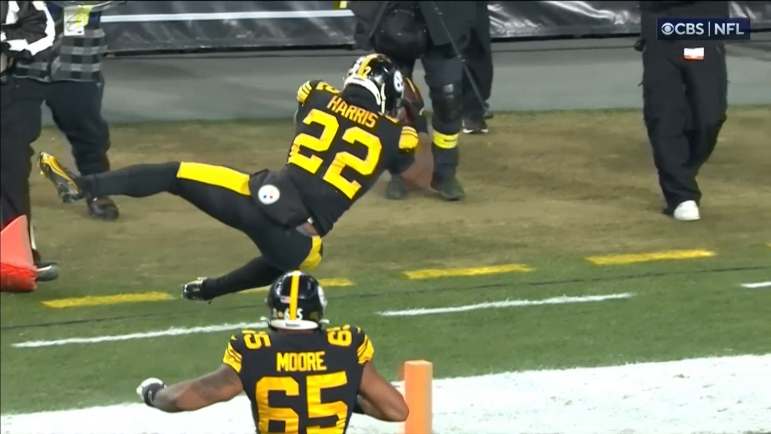 Question: Can the Steelers and Najee Harris keep the run game going against the Colts?

Steelers running back Najee Harris has rushed for 90-plus yards in consecutive games coming out of the bye week, even breaking some longer runs. He had a 36-yard gain the week before last and scored from just under 20 yards out in their last outing.

It’s been part of a general improvement in the run game, but also in Harris specifically, who previously talked about working on some things during the bye week about his own approach. He even said that his coaches talked to him, essentially, about being more blocking-friendly, something he’s taken into consideration.

It’s yielded positive results on the field as he’s improved his successful run rate, up to 45% over the last two games, which he was certainly below for the eight games before. He’s looked more natural and elusive as well since the break.

Of course, the running game isn’t just about Harris. I’m not sure we’ll be getting much help out of the backfield this week outside of Harris, but they need to connect better on the wide receiver jet sweeps that they like to run.

They have even been starting to give quarterback Kenny Pickett some read-option runs where he can decide to dump the ball off or take it and go if he sees an opening. Scrambling is one thing, as are quarterback sneaks, but this is something different.

Suffice it to say that the current state of the Steelers is such that they need to have some type of sustainable presence in the run game in order to be successful. While a lot of that responsibility falls directly on Harris, it’s also very much about the offensive line, which is a tough assignment today against a good Colts front, which admittedly is a bit banged up at the moment.