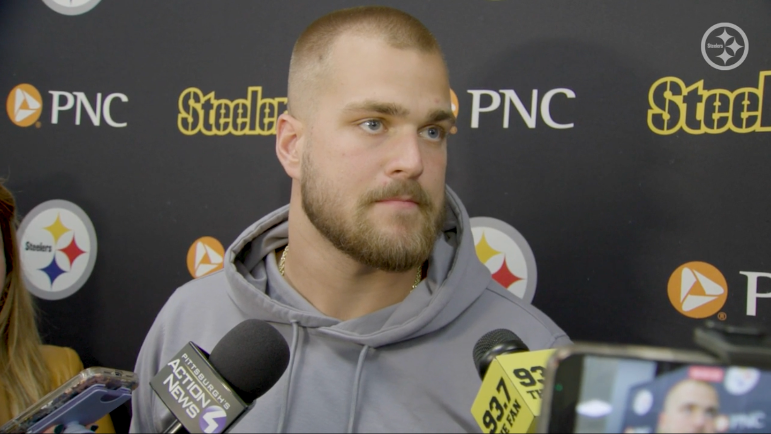 Entering the month of October after the conclusion of the first quarter of the season, the Pittsburgh Steelers offense is really starting to find its legs in the run game, a positive development from Week 1 to Week 4 under second-year offensive coordinator Matt Canada and first-year offensive line coach Pat Meyer.

After rushing for just 75 yards as a team in Week 1, the Steelers have steadily improved in each week since, recording team yardage outputs on the ground of 91 yards against the Patriots in Week 2, and then 104 and 119 in back-to-back weeks against the Browns and Jets. Granted, the improvement has come in three straight losses, but it’s at least one positive to take away from each game from an offensive perspective.

Overall, the offensive line is playing much better than anyone could have expected early in the season, especially coming off of the training camp and preseason that the group had overall. The improvements in the run game from a unit perspective has allowed the likes of Najee Harris and Jaylen Warren to really get going, providing the Steelers with at least tangible evidence of balance offensively under Canada.

Though improvement is certainly occurring in the run game, the Steelers still aren’t where they need or want to be at the moment, according to second-year tight end Pat Freiermuth, who spoke with reporters Monday, according to video via Steelers.com.

“Yeah, for sure [seen improvement]. I think we continue to grow each week, but we can’t be satisfied with where we are,” Freiermuth said to reporters Monday, according to video via Steelers.com. “We have to continue to be comfortable running the ball in situations where we’re asked to run the ball.”

The Steelers did a really good job of opening up Sunday’s game against the Jets running the football as Harris turned in his best performance of the season to date, finishing with 74 yards on 18 carries. Pittsburgh even converted a handful of short-yardage situations and cashed in twice at the goal line in the run game, thanks to rookie quarterback Kenny Pickett on a QB sneak and a keeper on a three-way RPO.

While improvements are certainly there, the Steelers have to continue to build moving forward in that area, especially with some incredibly tough defenses in the Buffalo Bills, Tampa Bay Buccaneers, Miami Dolphins and Philadelphia Eagles up in the next four weeks. Having a balanced offensive attack with a strong run game, especially with a rookie under center, is vitally important for the Steelers moving forward.

There’s a lot to like with where the group is at overall in the run game, but they can’t get satisfied now.