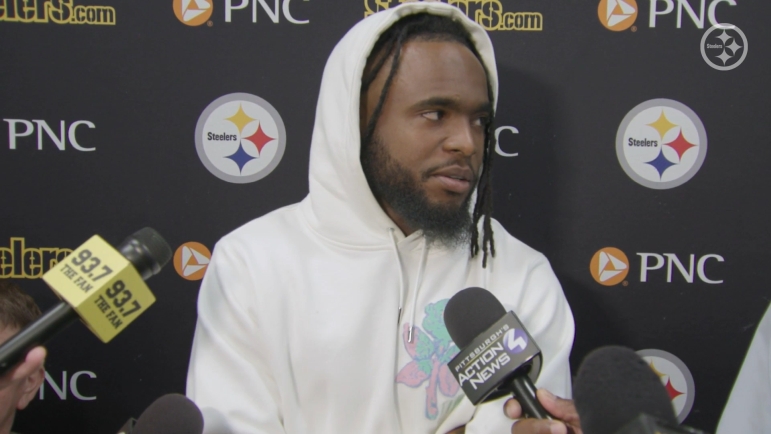 For as bad as it is for the Pittsburgh Steelers to be staring at a 1-4 record to start the 2022 season, the reality is that they are only two games out of first place in the AFC North as we sit here today. And they are only one game out of second place.

Most on the outside looking in seem prepared to throw in the towel and start looking toward the 2023 season. It would certainly be a shame if those in the locker room felt the same way, but fortunately, it doesn’t look that way, at least to me, or to Alex Kozora, who agrees that the issue isn’t a lack of effort.

Even in the midst of a four-game losing streak, veteran wide receiver Diontae Johnson sees reason for optimism. There were signs of growth on Sunday in spite of the lack of scoring, and, after all, this was just Kenny Pickett’s first start. Plus, there are still 13 games to play.

“It’s a long season. We’ve still got time to catch up, whatever you want to call it”, he told reporters yesterday from the locker room via the team’s website. “I’m not really worried about what everybody else got going on outside of this facility; I’m worried about the guys that are in here, that believe in us”.

Those on the outside, of course, include former Steelers Pro Bowl safety Ryan Clark, who took the team to task, even going so far as to say that they played like losers and appeared to lack effort—which, again, based on what we see on tape, we do not agree with.

“Bump who don’t believe in us, or whoever’s saying whatever about us, because that’s gonna be the narrative”, Johnson said. “I don’t want to say we’re rebuilding, but we’re a young team. We don’t have the experience like with the vets here and whatnot. If you can play football, you can play. We’re gonna do that and we’re gonna put it on film. And like I said, one week at a time”.

The receiver, of course, sparked a debate last week when he invoked the word ‘rebuild’, so he was hesitant to repeat it, understanding that it would not be taken in the spirit in which it was intended. His point is simply that it takes time to mature into a collective unit, and that’s time this team currently needs right now.

But you play through that, and there’s nothing saying that you can’t win along the way. While this roster still has some key talent deficiencies, there are still a lot of great individual playmakers, including Johnson, as well as rookie George Pickens, and Pickett of course is expected to be one as well.

The defense continues to wait for the return of T.J. Watt, which now increasingly appears likely to come after the bye week, meaning they will be missing him—very much so—for at least another three games. But his return will have a big impact on the defense.