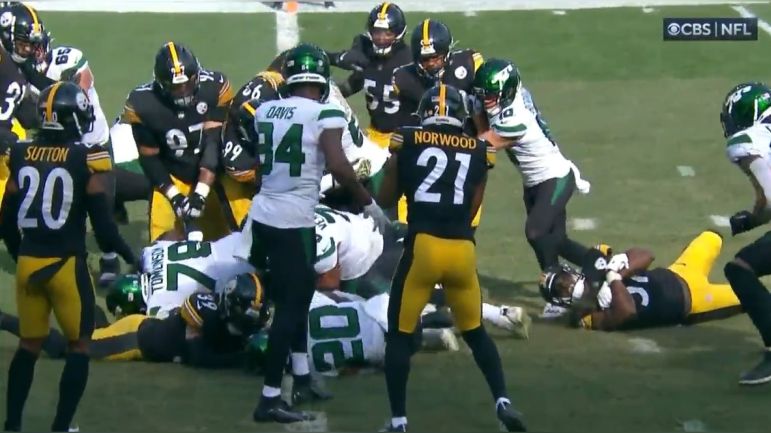 Last Sunday, the Steelers again had another defensive meltdown in the fourth quarter after squandering a 10-point lead, this time to the underdog Jets, who the Steelers held to third down several times, and each time, the offense moved the chains. The week prior, in the loss to the Patriots, the same thing happened, as everyone in the stadium knew the Pats would run the ball, but the defense, missing the DPOY in T.J. Watt, was helpless to stop it.

Up next isn’t the vanilla offense ran by New England or the underwhelming one run by the Jets, but instead the high-octane attack that is the Buffalo Bills. For newly-signed Steelers cornerback Levi Wallace, who spent the first four years of his NFL career in Buffalo, he knows firsthand what that offense is capable of, and he also has some thoughts as to what his current team can do to cure the fourth quarter woes.

“I think we gotta do a better job finishing,” Wallace said via the official Steelers YouTube Channel. “It just comes down to us just executing, and setting ourselves up earlier in the game. “We gotta give our offense more chances, more opportunities.”

Those opportunities he’s referring to were on full display in week one, when the team racked up seven sacks, four picks and five turnovers. Even then, it took overtime and some luck to vanquish the Bengals, but the team got an adrenaline shot to the arm last week in the form of rookie QB Kenny Pickett, who replaced the underwhelming Mitch Trubisky at halftime. He sparked not only the offense but also got the crowd rejuvenated, and the team will need plenty of that as they head into Buffalo this weekend to face perennial MPV candidate Josh Allen.

Playing tenacious defense in Buffalo was something the team found success with in last season’s opener, as they rallied for a 23-16 win. However, that was with Watt in the lineup, and his impact is massive, so it’ll be up to the rest of the defense to step up to the plate if they hope to have a glimmer of hope in slowing down Allen and the Bills come Sunday.

“We need more turnovers, like we did game one and we just haven’t been able to create some and that’s on me too. I haven’t had any turnovers yet this season, so that’s one of my main priorities is trying to get takeaways.