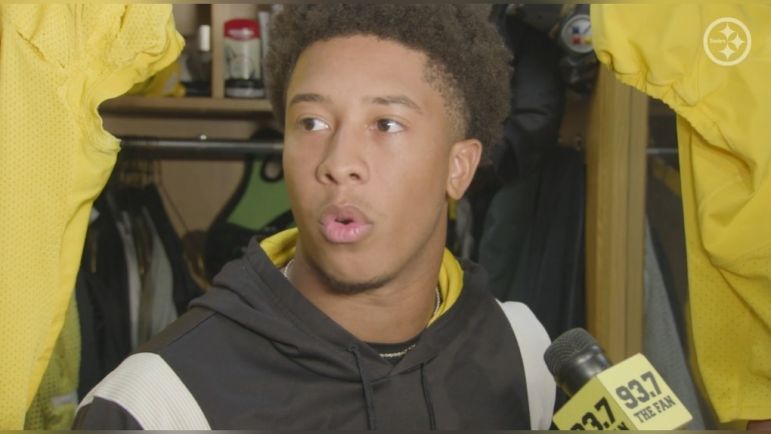 You might’ve heard the phrase the play within the play before, referring to a specific matchup or moment in the overall scope of a single snap. When you’re facing Josh Allen and the Buffalo Bills, it’s not just one play on a given down. With his scrambling ability, it’s like logging two plays. That’s how Tre Norwood framed things in speaking about how to minimize a potent Bills’ offense.

“Someone called it the second play, within the play,” Norwood said via Steelers Live. “Plaster is huge…with [Josh Allen] moving outside the pocket whenever the eventually play breaks down.”

Tre Norwood spoke to the media about the defense, our matchup against the Bills and more. pic.twitter.com/VmdGqJ1HwG

Quarterback Josh Allen has one of the most unique builds in the NFL, a big, strong, athletic quarterback with a rocket arm. His ability to extend the play is similar to Ben Roethlisberger in his early days, a guy who’d pump fake for days, run around the pocket, and make a play downfield. As Norwood refers to it, the Steelers’ defense must “plaster,” meaning they have to stay on their receiver until the whistle and beyond the structured call, knowing many of the Bills’ biggest plays come off scramble drills where receivers break their route off and began to freelance.

Pittsburgh’s secondary enters the week beat up. They’re likely to be without CB Ahkello Witherspoon for the second straight week while the rest of the starting secondary appeared on yesterday’s injury report. Against the Jets, Norwood filled in for SS Terrell Edmunds in the second half. Edmunds remains in concussion protocol and his status for the Bills game is questionable. Injuries created a lack of depth and options, leading to the defense to fall apart in the fourth quarter against Zach Wilson and the Jets’ offense. The task will be much tougher in Week 5 against the Bills, and Norwood knows the Steelers must be fundamentally sound while playing with great effort.

“So in the back, make sure that we’re covering it as long as we need to. It makes you wants stick on our guys until the play is over with. Because the second play is ultimately huge.”

Generating a better pass rush will be one key to slowing Allen and company down. Over the last three games, Pittsburgh’s defense has recorded just three sacks, not even half their total in the Week 1 opener against the Cincinnati Bengals.

The Steelers’ defense has been on the field a ton this season, in part due to their stagnant offense and in part to the defense’s own issues. To win on Sunday, it’s going to feel like they’ll be on the field for 120 plays. But stopping the Bills’ offense in its ad-lib moments is what it’ll take in order to win.