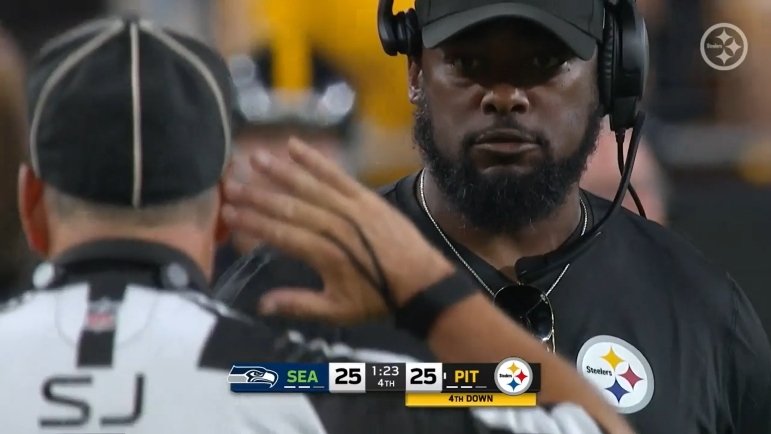 It is not customary for Pittsburgh Steelers head coach Mike Tomlin to have his team practicing in the early portions of its bye week. Recent years have occasionally presented unusual exceptions thanks to COVID-19-related postponements, but largely, players get time off, more than is required by the CBA.

With his team sitting at 2-6 and having only won one of its past seven games, however, Tomlin isn’t particularly mindful of his players’ rest right now. According to the weekly schedule supplied by the team’s PR department, the players are scheduled to practice on Tuesday and Wednesday this week even though there is no game.

Similarly, Tomlin brought in his team to practice on Friday when it lost its second game a row on Thursday night in Week 3. Safety Terrell Edmunds said at the time that their presence in the building that day “just shows that we lost”.

And of course sometimes it’s how you lose. It goes without saying that the Steelers didn’t lost 35-13 yesterday because they were penalized nine times during the game—primarily when most of the scoring was happening, admittedly—but it certainly didn’t help. And Tomlin did have one interesting note about that.

“It’s fundamental things”, he said about his frustration level with the team’s highly-penalized nature, via the team’s website. “We’ll get officials at practice. We’ll focus on the things that are problematic for us obviously. Particularly in this opportunity that’s called the bye week”.

It’s not unusual for a team to bring in officials at practice, although it’s a bit less common in the middle of the season. At this time of year, it obviously reflects concerns with how the season is playing out. But given that it’s been such a persistent issue, it’s an understandable measure to take.

The Steelers have been penalized at least five times in all but one of their first eight games so far this season, including eight or more penalties in three. Yesterday’s game marked a season-high nine infractions, and yet every single one of them came in the first 35 or so minutes of the game. After that, they somehow played penalty-free—or at least flag-free.

Unfortunately, it resulted only in one field goal, so it’s not exactly proof of concept when it comes to the theory that playing without the self-inflicted wounds of penalties will yield more points. Then again, they also turned the ball over twice in the fourth quarter, more self-inflicted wounds. They had only four total second-half possessions, however.

And all of them picked up at least two first downs, with two drives going for over 60 yards. And yet all they got out of it was three points. So clearly, as though anybody needed to be told, it’s more than penalties. But penalties are a part of it, and perhaps seeing on the practice field how they will be penalized in-game will help cut some of them down.