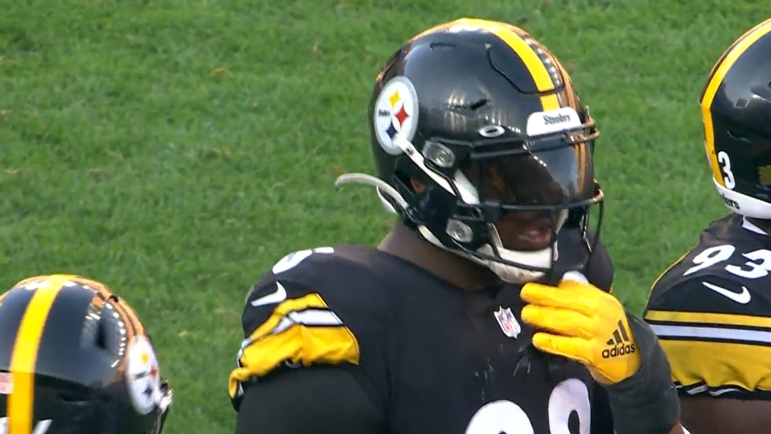 When asked about the choice to play rookie DL DeMarvin Leal out on the edge in a pseudo-DE/OLB role in Pittsburgh’s defense, Tomlin responded that it’s not completely foreign to Leal and that he has the talent and ability to hold his own in that area.

“He’s a big guy that’s played in that space,” Tomlin said regarding Leal to the media Tuesday which aired live from the team’s YouTube channel. “He played in that space at A&M. He’s active, he’s growing every week. He’s getting better. He’s got some talent. We’re excited about the overall trajectory of Leal.”

Leal played 27 defensive snaps and was credited with four combined tackles (two solo) and a tackle for loss in Sunday’s loss to the New York Jets. What stood out when going back through Leal’s tape, which will soon be published in a film room at Steelers Depot, is how well he represented himself out on the edge, playing most of his snaps outside the OT. Leal played up and down the defensive line at Texas A&M like Tomlin mentioned above, playing out on the edge at times where he flashed as a pass rusher, while also kicking inside to use his speed and quickness against opposing guards.

Leal needed to add strength and size to better hold up as a run defender in the league coming out of college, and he has fared well with that added weight thus far in the preseason and in limited regular season action. He has proven to be a completed mismatch for TE out on the edge as a run defender and has put together some good tape against OL in terms of setting the edge against the run.

While Leal may not be a traditional 3-4 OLB standing at 6’4, 290lb and lacking explosive burst and speed as an edge rusher, he has provided solid play on the edge in the absence of T.J. Watt. His run defense is notable compared to the other options Pittsburgh has rolled out there in recent weeks and has been fairly disruptive as a pass rusher, getting pressure on the QB to make him hurry his release of the football.

It wouldn’t be a stretch to say that Leal has outplayed OLB Malik Reed to this point on the edge for Pittsburgh, and with his snaps increasing every week, look for Leal to continue to develop and turn more of his disruptive plays into production either out on the edge or kicked inside along the defensive line.