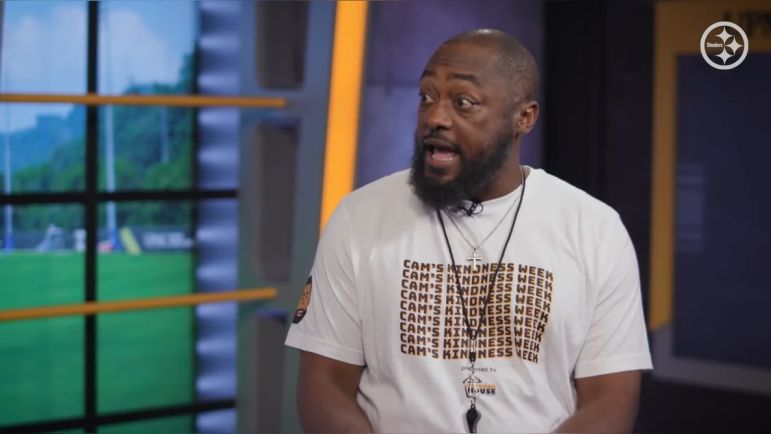 Through their first three games, the Pittsburgh Steelers’ offense has been a bumpy mess. Continued terrible starts, fits and spurts of semi-respectable play but at the end of the day, it’s an offense that’s yet to score more than 17 points in a game this season. While Mike Tomlin can see the wheels churning, some semblance of progress, he knows the Steelers’ offense must quickly find its groove.

Tomlin appeared on his weekly episode of The Mike Tomlin Show to talk about where the offense is at.

Pittsburgh had just 16 offensive points in their opener, getting seven from Minkah Fitzpatrick’s pick-six to start the season. They put up just 14 in a Week Two loss against the New England Patriots, a very winnable game, and just 17 in Week 3’s loss to the Cleveland Browns last Thursday night.

Fluidity is the last word to describe the Steelers’ offense. That’s in large part due to their problems on third down. As we’ve outlined many times over the last ten days, Pittsburgh has been a mess on possession downs, converting just 1/3 of the time this season with the bulk of those pickups occurring in the first half of the Patriots’ game. Remove those two quarters and Pittsburgh is 6/28 on the year, or just 21.4%.

Tomorrow’s opponent the New York Jets don’t boast the league’s most potent offense either though they’ll receive a shot in the arm in the big-armed, mobile Zach Wilson, playing in his first game of the regular season. Their offense at least seems to be well-schemed, something the Steelers have struggled to do, even to the point where Pittsburgh tried to copy the Jets’ gameplan for the Browns’ game. The results fell flat.

As he did earlier in the week, Tomlin said he was encouraged by the Steelers’ progress.

“For me, the variable is, ‘am I seeing enough evidence of improvement?’ And I have through the first three weeks.”

Putting up at least 24 points in tomorrow’s game would be a recipe of success. The Jets only surpassed that total once this year, back in Week 2 thanks to the Cleveland Browns having a historical meltdown at the end of the game. Beyond this week, the Steelers’ offense won’t win many games scoring under 20 points. After the Jets, Pittsburgh will face some of the highest-powered offenses in the league in Buffalo, Miami, and Philadelphia, all games that will be on the road.