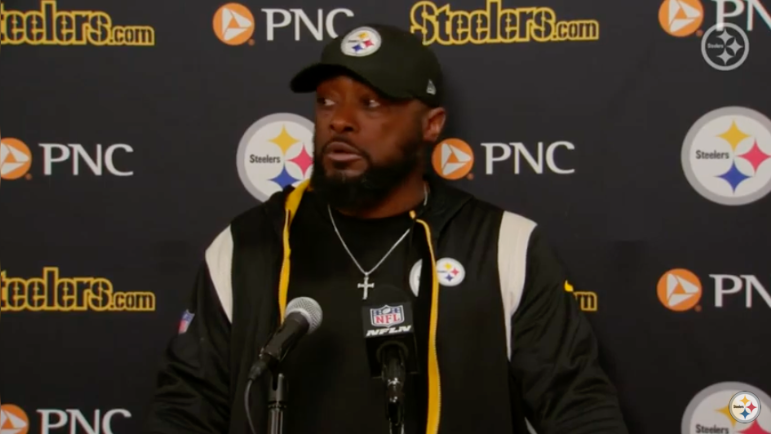 After suffering a crushing defeat to the Miami Dolphins, the Pittsburgh Steelers are now 2-5. While the defense played well, the offense did not get much going outside of a few drives, which is a common theme for this team. Given that this is a new era in Steelers football with the recent retirement of quarterback Ben Roethlisberger, the team is naturally searching for an identity, as they had with Roethlisberger for many years. When asked, Steelers’ head coach Mike Tomlin stated that he believes the team is indeed starting to form an identity in a post-game press conference according to Steelers.com.

“I feel like we are,” Tomlin said when asked if the team is forming an identity. “We didn’t make the necessary splash plays today to secure victory, but I certainly feel like we are.”

While Tomlin did not elaborate on what identity he believes the team is forming, the answer may be clear given the nature of the Dolphins game. Tomlin’s desired identity is, needless to say, defense-first. This is the philosophy for many Steelers teams in the past, including many early in the career of the aforementioned Roethlisberger.

Tomlin’s continuous willingness to punt speaks to this, as does the defense’s performance. In theory, if the defense does not drop four interceptions, this philosophy wins them two straight games as underdogs. That said, that did not take place, and the team’s stagnant offense cost them big.

A key part of Tomlin’s answer is his emphasis on “splash plays.” An ideal game for a defense-first team is one where they force several turnovers that are complemented by several big plays on offense that allow them to sit on a lead with their defensive play. This is how the Steelers have won their two games against the Cincinnati Bengals and Tampa Bay Buccaneers this year, and it’s the identity that Tomlin is referring to.

Mike Tomlin is FIRED UP after that 4th down stop. #HereWeGo pic.twitter.com/JcFldgBa6Z

Dating back to 2019, this appears to be the philosophy that Tomlin and the company have tried to build their team on. The problem is, the Steelers’ offense is stagnant at best. This was showcased in full force in Sunday night’s loss and is next to impossible for any defense to overcome, let alone one without their best player. Moreover, there have been —  and likely will be more games — where the Steelers’ defense cannot hold out the opposing offense, one example being the Buffalo Bills loss, where the defense allowed 38 points. In that case, a stagnant and conservative offense that banks on the defense keeping the score down will not get this team anywhere, and it’s arguably not an identity they can afford to form.

While there is not much to smile about, especially given that they are preparing to face the NFL’s only undefeated team the Philadelphia Eagles, the team does get back linebacker T.J. Watt after the bye week, whom their defense plays significantly better without. Eagles quarterback Jalen Hurts will be one of this defense’s biggest challenges to date, and a scenario of a low-scoring game does not appear likely.