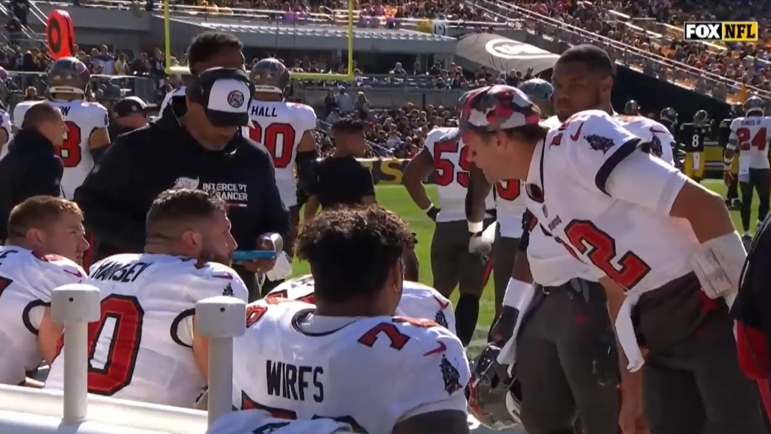 Tom Brady doesn’t lose a lot. He’s never lost more than seven games in a season, and has only lost more than five twice. The last time he posted a record as bad as 10-6 was in 2009. He just went 13-4 last year. Yet he finds himself sitting at 3-3 through the first six games of the 2022 season with the Tampa Bay Buccaneers—perhaps regretting that he didn’t stay retired.

Losing to a 1-4 team won’t help boost your confidence, but for the seven-time Super Bowl champion quarterback, the issues his team is facing have been longstanding throughout the year, and, well, he’s not wrong. But yesterday’s game was certainly among their worst yet.

“I think we didn’t earn it. We didn’t earn the win”, he told reporters after the game, via the Buccaneers’ website. “It’s a game of earning it and it’s a game of playing well and performing well and we’re just not doing a good job with that. I don’t think we’ve done it for six weeks. I think we’re all playing less than what we’re capable of, and we’ve all got to look at ourselves in the mirror and figure out why”.

Brady himself completed 25 out of 40 pass attempts for the game for 243 yards with one touchdown pass, but much of that came late in the game. He did manage to lead the team to a potential game-tying drive late, but he was denied on a two-point conversion attempt, falling 20-18.

He never got a chance to touch the ball again after that, even with 4:38 and timeouts remaining, because his defense didn’t do its job, allowing a Pittsburgh Steelers team who at that point was playing with a backup quarterback in Mitch Trubisky to run out the clock.

And that was even with help. Center Mason Cole botched the snap on the second play of the drive, turning a 2nd and 2 into a 3rd and 15 as a result, the Buccaneers even failing to recover the live-ball fumble, which was up for grabs.

And then Trubisky converted, finding wide receiver Chase Claypool for 17 yards. Then he converted again on 3rd and 11, finding Claypool for 26. He took the final two offensive plays himself, finding the right end for nine yards and then going up the middle for three after the two-minute warning.

You can’t put up those numbers—29 percent on third down, 25 percent in the red zone—and expect to win the game, even against a ‘bad’ team. The Buccaneers may have outgained the Steelers, and possessed the ball for two more seconds, but we all saw who ‘earned’ yesterday’s win.