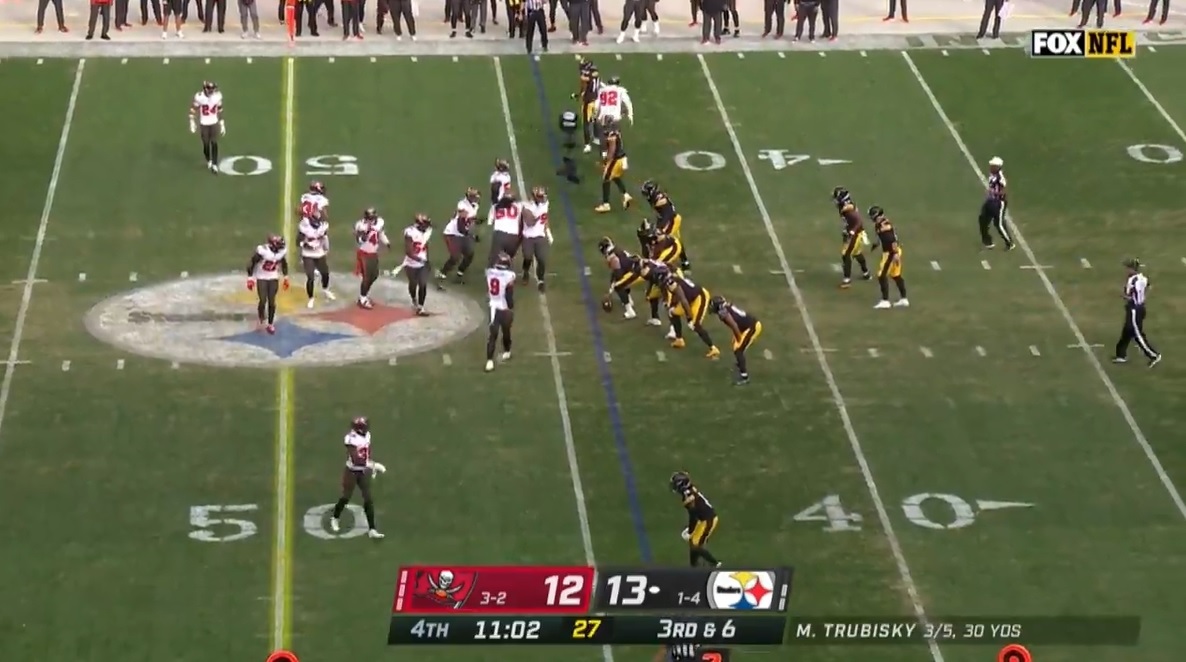 Over the first five weeks of the season, it was *the* word people – media, fans, everyone – wanted to use about the Pittsburgh Steelers’ offense.

In that, where was it? Why weren’t the Steelers using it enough?

That word became the free space on the Steelers’ Bingo card for every Tomlin Tuesday and Canada Thursday. Some of the questioning was warranted but there was a point when it became overkill.

Here’s the thing about tempo. If you use it all the time, as so many people suggested, it no longer becomes tempo. If you’re always going fast, there’s no adjustment the defense has to make. Tempo is at its best when it can be varied. When you can go slow to fast. That’s when you catch defenses off-guard, and that’s when tempo begins to work.

That’s what the Steelers did Sunday. Two examples of them working tempo to their advantage.

The first came on Pittsburgh’s opening drive. Backed up 3rd and 11 after a Kevin Dotson false start, Kenny Pickett scrambles for ten. Facing 4th and 1, the offense – and offensive line – convince Mike Tomlin to be aggressive and go for it. As soon as Tomlin makes the call, Pickett gets the group aligned and they snap the ball with 24 seconds still left on the playclock.

Tampa Bay is lined up here, they knew what was coming, but tempo still cuts down on the chance for the Bucs to make any shifts, adjustments, or checks. Anything that might present a different picture to the Steelers’ offense. Jaylen Warren plows ahead and picks up the first down.

Here’s a look at the whole sequence.

Fast forward to the fourth quarter. Still a tight game, Pittsburgh leading 13-12. Najee Harris is stuffed on 2nd and 5, setting up 3rd and 6. One important rule to know. If an offense subs, the defense is allowed time to make a change too. The ref will come up on the ball and halt play until the defense has had proper time to sub.

Here, the Steelers don’t sub. They’re in the same 11 personnel on 2nd and 5 as they are on 3rd and 6. But the Bucs try to make changes, getting their big people – their defensive linemen – off the field. At one point, they have 13 guys on the field and the defense is visually confused. Who’s on, who’s off, what’s the call. 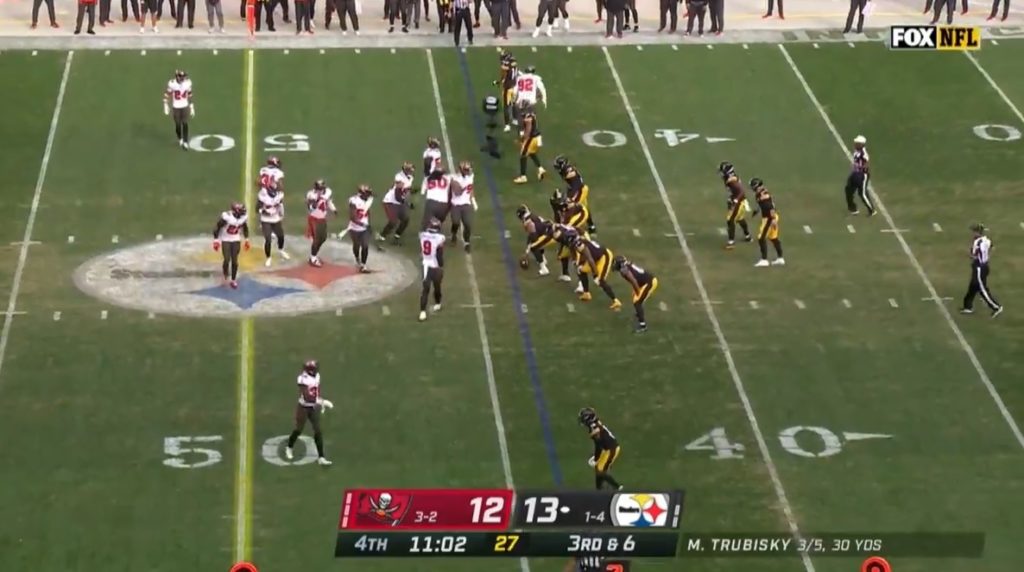 Pittsburgh pounces on the chance, snapping the ball with 24 seconds on the playclock. Rookie Connor Heyward is wide open down the left team, a Tampa blown coverage, and he does the rest, going 45 yards for a huge catch-and-run. Again, a look at the whole thing from second down to the third down completion.

It also helps when a linebacker like Lavonte David is still trying to call timeout as the play is being run.

This was less intended tempo like Warren’s fourth down conversion but taking advantage of the opportunity of the Buccaneers trying to make a change. Nice job by the coaching staff to get the play call in and a veteran like Mitch Trubisky to quickly get the ball snapped and know where to go with it. This play set up Chase Claypool’s touchdown, the decisive points in the win.

Tempo is about picking and choosing your spots. When to slow down, when to speed things up. Great coaches can vary that well and take advantage of when a defense is making a mistake. It resulted in two crucial first downs, two crucial touchdowns, and one crucial victory.