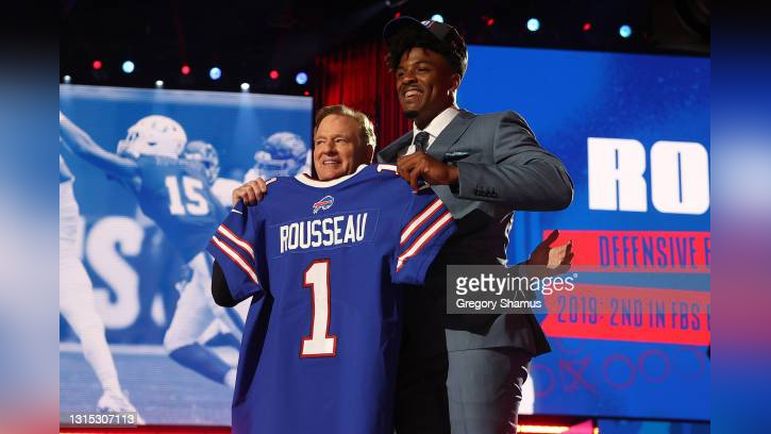 While most of the attention towards the Buffalo Bills goes directly to their high-powered offense, their defense is quietly one of the strongest in the league, as well. Led by head coach Sean McDermott, Buffalo’s defense has allowed the least number of yards throughout the first four games of the season and is sixth in sacks. Saturday, head coach Mike Tomlin spoke about the Bills’ daunting defense, and their pass rush in particular.

“When you’re going down the field, you better protect the quarterback. That’s a challenging endeavor,” Tomlin said via The Mike Tomlin Show on the Pittsburgh Steelers’ YouTube channel. “It really minimizes some of the discussion that you talk about in terms of attacking people down the field because it’s risk/reward.”

The ability to pass deep downfield has already been a struggle for the Steelers thus far, and Buffalo will not make it any easier Sunday. Rookie QB Kenny Pickett showed last weekend that he was not afraid to air it out deep, and proved he had the arm strength to do it successfully. While the downfield results were not ideal, Pickett at least showed hope for a more explosive offense with him at the helm moving forward.

In order to have the time to drop back and pass comfortably, the offensive line will need to continue its stretch this year of overachieving. Before the season started, the entire offensive line unit was a question mark. The preseason left much to be desired, and the new additions of C Mason Cole and RG James Daniels were not proving to move the needle. However, the regular season has been a different story for Pittsburgh, as the offensive line has found its footing and looks to be a cohesive, dependable unit. Nonetheless, it will have its hands full come Sunday, when it matches up against one of the more dangerous units the league has to offer. Tomlin praised the group as a whole, but also highlighted some of its star players.

“They got a bunch of former first-round picks and Von Miller. They got [Gregory] Rousseau…he’s got four [sacks] already this year as a second-year player,” Tomlin explained. “They got former first rounder Shaq Lawson. I think he is their fifth edge guy from a depth standpoint.”

The pressure that is manufactured from an aggressive front like Buffalo’s can wreck a game when not properly accounted for, especially against a rookie quarterback like Pickett. Tomlin has shown to have immense respect for the job that the Bills do in that department, so it’s safe to say the gameplan and schematics on offense will be predicated upon handling the rush.

If the Steelers are successful in protection, it will allow Pickett to take advantage of an extremely injury-ridden Buffalo secondary. Both starting safeties, Micah Hyde and Jordan Poyer, will not be playing Sunday, nor will star cornerback Tre’Davious White. An impressive performance from Pickett on a stage of this magnitude would do wonders for his confidence and that of the entire team’s.