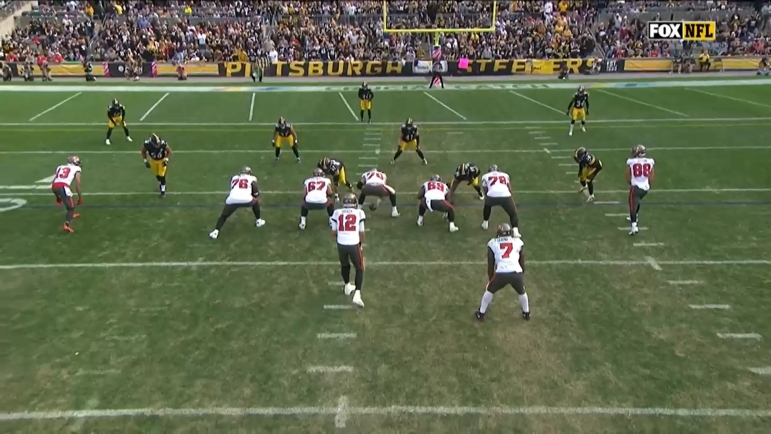 I know all that matters are wins and losses. Pittsburgh notching a win against Tampa Bay was critical, no question about that. But sacks help you secure victory. And for the first time in a long time, the Steelers are starving in that category.

Now, it’s important to note Pittsburgh’s rush and pressure was better against Tom Brady and the Bucs than it had been over the past month. Still, six weeks into the season, the Steelers’ defense has just 12 sacks. A far cry from what it’s accustomed to, how this defense is built. If Pittsburgh is truly going to change the course of their season, it’s going to take a spike in production.

If they could hit that 50 mark in 2022, they’d be the first defense in history to achieve that feat six straight seasons. Now, that’s looking like a pipe dream. They’ll need to average 3.5 sacks per game the rest of the season just to do so.

Of course, losing T.J. Watt is a massive and central reason why the team’s total has dipped. Seven sacks with him in Week 1, five sacks without him over the last five games. It doesn’t require much thought to figure out why Pittsburgh’s struggling. But that just explains it, it doesn’t excuse it, nor does it make winning any easier. A lack of pass rush is a massive reason why the defense hasn’t played up to potential. They’re not creating negative plays, not forcing as many fumbles, not stalling out promising drives by putting opposing offenses in second and long or getting off the field on third and forever.

That’s not theory either. That’s on paper. Opposing offenses are facing far more manageable third downs than they have in recent history in large part due the Steelers’ lack of sacks. Using that same range, 2017 to 2022, here’s the average “yards to go” for the opposing offense and where the Steelers’ defense ranks year-by-year. Lower the number, the better for a defense.

Pittsburgh ranked tops in football from 2017 to 2019, was second in 2020, still top ten in 2021, and has fallen all the way to 26th. In poetic fashion, the Steelers’ overall third down defense matches that ranking, also 26th in the league.

Obviously, none of this is a revelation. Sacks are good! That’s why they pay me the big bucks. But it’s important to examine the numbers, show how far Pittsburgh is off their usual pace, and the trickle down effect it’s having on this group. Watt will hopefully return after the bye and get the Steelers back to a more respectable level. They’ll need it. Because even two sacks a week isn’t enough for this group.