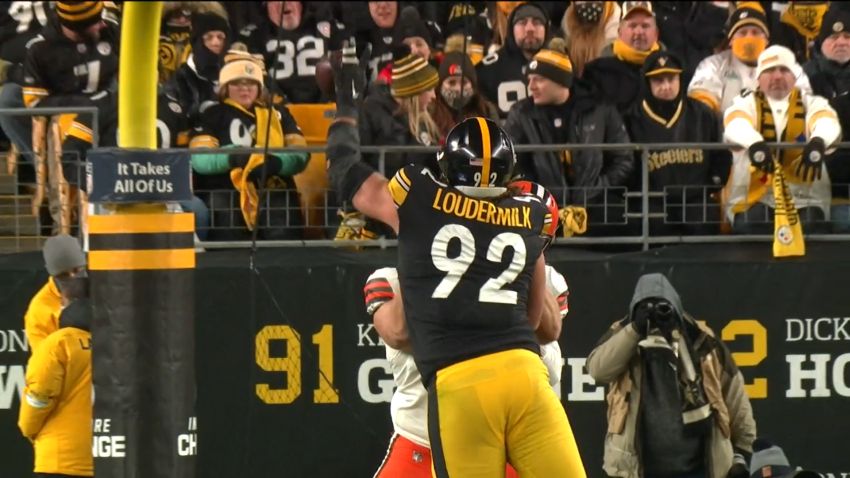 Pittsburgh Steelers second-year defensive lineman Isaiahh Loudermilk has yet to be active on gamedays this season. Despite flashes of production last year, Pittsburgh’s already-deep defensive line room got deeper this year with the offseason additions of Larry Ogunjobi and DeMarvin Leal. In addition, Loudermilk’s dealt with a lingering rib injury. As a result, there hasn’t been an opportunity for Loudermilk to see the field or be active on gamedays this year. Defensive coordinator Teryl Austin said that he knows when Loudermilk is called on, he’ll take advantage of his opportunity.

“He’s still working to get a helmet. We’ll see. I’m confident when he does get his number called and he gets a helmet that he’ll do a good job. He’s been working. We’ll just have to see,” Austin said via official transcript provided by the team.

Both Chris Wormley and Cameron Heyward have been limited in practice each of the last two days, but both are expected to suit up on Sunday. Loudermilk probably won’t get a helmet unless someone along the defensive line misses time with an injury or the Steelers choose to make another defensive lineman inactive, but if his performance last year is an indication, Austin is correct that he’ll be ready when he’s called upon.

While he saw action in 15 games last year, he logged two starts, one in a 36-10 loss at the hands of the Kansas City Chiefs and one in Pittsburgh’s 26-14 win over the Browns in Ben Roethlisberger’s final home game. Against the Chiefs, he had six tackles, while against Cleveland he had a tackle and a pass deflection. For the year, he racked up 23 total tackles, three pass deflections, and a sack.

With Pittsburgh spending a third-round pick on Leal and bringing in another 3-4 defensive end in Ogunjobi, Loudermilk’s path to a helmet looked complicated even before his injury. With him fully healthy now, the odds we see Loudermilk on the field at some point this season have increased. I liked what I saw out of him as a rookie, and I think he has the potential to be a solid rotational player in Pittsburgh’s defense.

He has elite size at 6’7, and he puts it into use with his ability to deflect or bat down passes at the line. Pittsburgh loves that out of its defensive lineman, and it’s something that Loudermilk could be really effective at. If he dresses this weekend, that length could come in handy against Josh Allen.