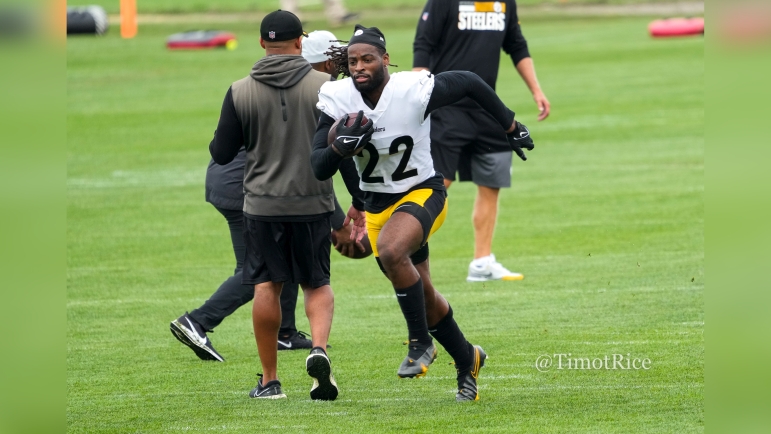 As the Pittsburgh Steelers head into a new era of football following the retirement of long-time quarterback Ben Roethlisberger. As such, the franchise is counting on recent early round picks such as 2021 first round pick running back Najee Harris and 2022 first round pick quarterback Kenny Pickett to become locker room leaders. On a Friday episode on NBC Sports’ Michael Smith Gets It, a few of Harris’ teammates and coaches praise the second year running back for his on and off the field impact.

While his on the field play is leaving a bit to be desired, there is no reason to question Harris’ character and work ethic. Harris is playing through a foot injury that he sustained from training camp, while also getting used to a new offensive line, all the while being a second year player. It is not uncommon for players to struggle initially in their careers and find their footing after several seasons in the NFL, and it’s important to not give up on Harris. If one thing is for certain, it’s that Harris has the requisite work ethic and character to become what the team and Steelers Nation is hoping.

“A guy like Najee, he comes in Week 1 as a rookie and he’s already given back.” Steelers’ All-Pro defensive end Cameron Heyward said about his teammate. “Speaks to the type of man. He was already becoming and he’s just going to continue to keep doing great things. And, you know, it’s nice to know when I do return one of these days, the Steelers will be in good hands on and off the field.”

As the longest tenured Steeler and arguably the most accomplished, Heyward is the de facto locker room leader for the Steelers. Heyward played with the likes of Hall of Fame safety Troy Polamalu, Roethlisberger, DPOY James Harrison, among many great talents and locker room leaders. As such, it’s safe to assume that he knows what to look for in a locker room leader, and his praise for Harris goes a long way.

Though many contend that the running back position is expendable and not as important as it once was, the Steelers appear to not be sold on that school of thought. That is, the team invested a first round pick in Harris, and gave him the most touches in the NFL in his rookie season in 2021. Harris becoming a franchise running back is not unlikely, and the Steelers franchise has no shortage of them in their decorated history. If Harris develops into a franchise running back, he will join a list of names that includes Hall of Famers Jerome Bettis and Franco Harris. It is still early in the season, and there is time for Harris to turn it around and match his off the field character and work ethic with on the field production.