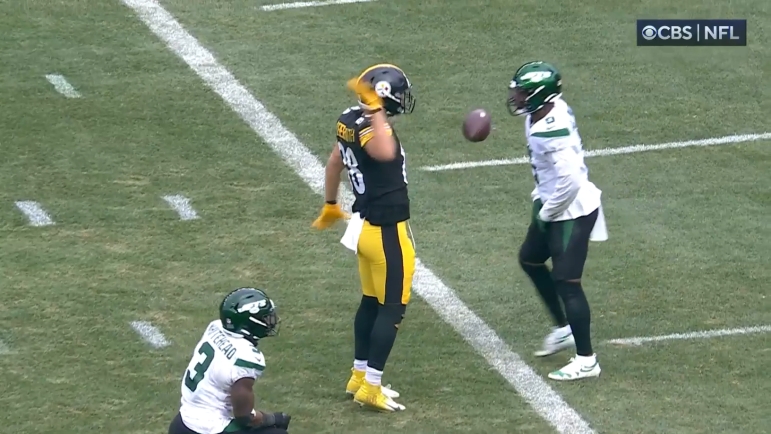 The tight end is one of the more unique positions in football considering all the unique things they are considered to do. Tight ends are often called pumped-up WRs that need to be able to run routes, catch passes, and separate consistently from coverage while acting as the team’s security blanket on possession downs and likely being a viable end zone threat. Tight ends also must be capable blockers, generating a push on the LOS in the run game while also being capable pass protectors if asked to stay and max protect for the QB.

The NFL has become more of a passing league the last decade with more teams opting for the talented pass catcher over the rugged big-bodied blocker at TE. However, NFL’s Next Gen Stats recently published their 2022 season top 10 TE rankings, taking into consideration each player’s receiving score, blocking score, and play time percentage relative to the rest of their competition. The Pittsburgh Steelers very own Pat Freiermuth cracked the list, coming in at #7 in the rankings with a receiving score of 77, a blocking score of 60, and a play time percentage of 72%.

“Freiermuth has been targeted on 26 percent of his routes this season, the fourth-highest rate among all tight ends who have run at least 50 routes,” Next Gen Stats said on Freiermuth. “And Freiermuth has succeeded downfield in an offense that has otherwise struggled to push the ball too far beyond the line of scrimmage. The second-year product out of Penn State has gained 136 receiving yards on targets of at least 10 air yards, trailing only Travis Kelce (189) among tight ends.”

While the Steelers offense has been dreadful to start the season, Freiermuth has notably looked sharp in a limited sample size, posting 20 receptions on 32 targets for 235 yards and a TD. His YPR have jumped significantly from 8.3 last season to 11.8 this year, being at nearly half the receiving yards he had all of 2021 in his first five games of 2022. His usage down the field has improved and outside of a missed catch attempt the ended up getting intercepted in the Jets game, Freiermuth has again shown to be a reliable contested catch receiver, having the size, hands, and leaping ability to come down with difficult catches with defenders draped on him.

What a great grab by Pat Freiermuth. Throw it in his zip code and he'll make the play. #Steelers pic.twitter.com/GVfttDjiqg

Freiermuth suffered a concussion in the Week 5 loss against the Bills, his third now in the last 18 months. This may cause him to miss some after showing some chemistry with Kenny Pickett the last two games with Pickett targeting Freiermuth early and often. Even if Freiermuth does miss some time, expect him to continue to mesh with Pickett in hopes of this passing game opening up down the stretch. Should the offense just take a small step forward, we could see Freiermuth push himself into the top five conversation at the tight end position before season’s end.

Preseason translating to regular season. Kenny Pickett's throw to Pat Freiermuth Sunday reminded me what he did in the preseason against Jacksonville. Stand tall in the pocket, make throw down the seam, take the hit. Great reps. #Steelers pic.twitter.com/iW21Wh8yfi

“Though the Steelers are 1-4, their top six scrimmage-yardage leaders are all 26 years old or younger,” Next Gen Stats continued. “Freiermuth (who is 23) is part of a core that could be together for a long time.”