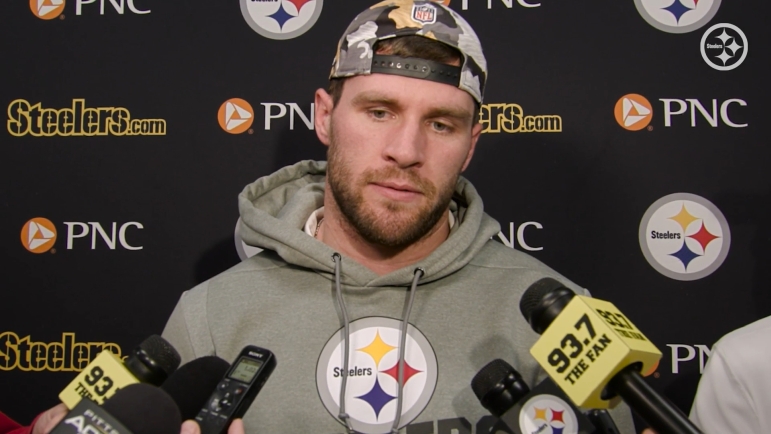 While we await word on the status of Pittsburgh Steelers outside linebacker T.J. Watt on Sunday and whether or not he will play for the first time since Week 1, we also must consider how much he will play when he does return.

It could especially be the case that he is on a highly abbreviated snap count of the Steelers elect to activate him today and allow him to play tomorrow. It would be more reasonable to anticipate him being able to handle a full workload if they hold him out until after the bye.

Either way, he’s not divulging much, certainly not confirming anything, and essentially leaving it up to the coaching staff. When he was asked if he felt like he would be on a pitch count in the event that he is activated for Sunday’s game against the Philadelphia Eagles, he said, “I don’t know. We’ll have to see”, via the team website.

Watt has never missed more than one game before, so there are no direct comparisons, but he played over 80 percent of the team’s snaps in the game following starts that he missed due to injury last year. Of course, the duration of time missed is several times longer, and he has only just begun practicing in earnest for the first time nearly in months.

He did tell reporters that he feels fresh after a long layoff. “That’s a positive. I feel good”, he said. “Today was a good day, this week has been a good week for me, and I just want to continue going in the right direction”.

But he would not express any preference one way or the other when it came to the subject of him playing this week or the team holding him out until after the bye. He wouldn’t even say if there is an advantage to getting some snaps in now. “It doesn’t matter”, he said. “I’m always going to do what’s best for the team and what’s asked of me, and like I said, that’s not my call”.

From a pure endurance perspective, I would find it hard to imagine Watt would be able to handle a full workload. That is simply because of the fact that he had a knee injury, and that would have prevented him from getting in key cardio work during this time, or at least that would be my assumption.

Whether he is back tomorrow or two weeks from tomorrow, his return will be welcome all the same. I don’t need to say it, but the defense, and the team as a whole, has very sorely missed his presence on the field. They simply haven’t looked like the same team since he has been sidelined, in ways even more extreme than one would expect when accounting for how good he is.