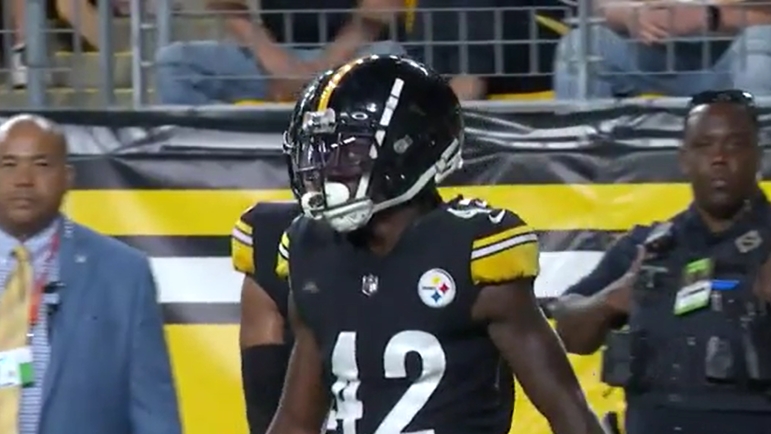 As we’ll do every week to get you ready for the upcoming game, our X-Factor of the week. Sometimes it’s a player, unit, concept, or scheme. Here’s our X-Factor for Sunday’s tilt against the Tampa Bay Buccaneers.

Whoever that may be. Right now, it’s looking like Josh Jackson and James Pierre. Not the ideal pairing to face Tom Brady, who has torched far better Steelers’ defensive backfield’s before. Even with an assumed larger role, Pierre’s stock is somehow trending in the wrong direction, seemingly losing snaps to Jackson who just arrived in Pittsburgh six weeks ago. After getting benched last season, the team has routinely showed a lack of trust in Pierre, refusing to use him in dime packages to close out the New York Jets game and seeing him initially lose time to Jackson last week until Levi Wallace’s concussion gave Pittsburgh no choice.

Even putting Brady aside for a moment, the Bucs’ wideouts are a tough bunch to cover. Mike Evans still flashes moments of utter dominance and when he hits, he hits big. Despite only 20 catches this season, he’s averaging nearly 16 yards a grab and has found the end zone three times. Put it this way. Evans has more touchdown receptions this season than the Pittsburgh Steelers have touchdown passes as a team.

I’m not sure what gameplan Pittsburgh will go into the game with. My guess is a conservative one, protecting their battered secondary from getting beat over the top. Rush four, drop seven, wait for the Bucs to make a mistake and try to get a stop in the red zone. But that will be a slow death against Brady, more than capable of engineering drives five yards at a time. Getting those red zone stops aren’t guaranteed either. Not when facing Evans inside the 20, a physical presence and jump ball winner.

So who is going to step up and surprise? It’s hard to be confident in this group, a starting secondary that looks like a preseason game, not Week 6. If anyone is going to have belief, it’ll be the guy’s themselves. Jackson and Pierre do have talent. Pierre has the size, the physicality, the tools are there. Jackson is a former Top 50 pick with Sunday experience. Both guys have incredible opportunities to put on good tape and try to carve out a role now or in the future.  A full week of practice will help too.

Will it be enough? The Magic 8 ball says probably not but if Pittsburgh can pull off a historic upset, those guys are going to have to come to play.