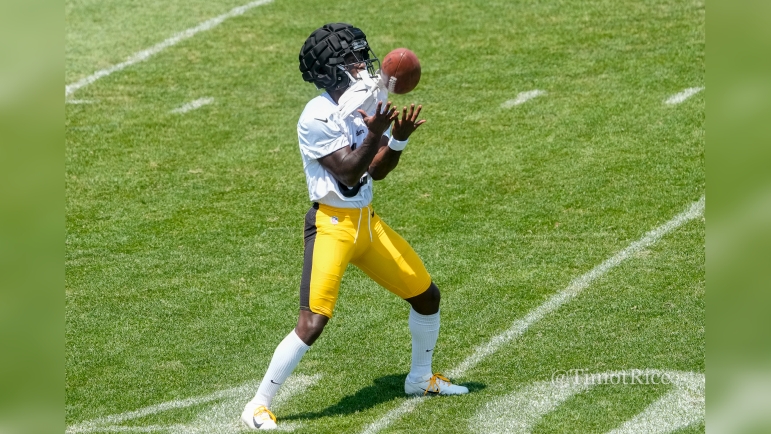 As we’ve done in the past, the keys to the Pittsburgh Steelers winning (or losing) today’s game. Three things that need to happen for them to end up on the right side of the score and vice versa in today’s game against the Buffalo Bills.

1. Steven Sims Has A Splashy Return

That is, assuming Sims is the Steelers’ starter. He strongly indicated earlier this week he’d be replacing Gunner Olszewski as the team’s kick and punt returner, making him active for the first time this season. Assuming that’s true, and we should find out by 11:30 AM, Sims producing splash would be huge for this team. Sims is a solid return man and dangerous in space. Just in the way Pittsburgh made a key special teams play in last year’s upset of Buffalo, Miles Killebrew’s punt block touchdown, and they’ll need similar splash from the team’s unit to do it again.

2. The Steelers Blitz…And Don’t Get Burned

Easier said than done, I know. There will be a fine line for Pittsburgh to walk defensively, toeing the line between blitzing and getting after Allen versus playing coverage, especially to help a secondary missing two starters. But I don’t see them being able to rush their front four, drop seven, and expect to compete for a full 60 minutes. Maybe they can do that for a quarter, perhaps a half, but not a full game against this Bills’ offense. How the Steelers creatively and selectively blitz will be key.

Pittsburgh isn’t alone with injuries in the secondary. In fact, Buffalo is in worse shape. They came into this game without either starting safety, Jordan Poyer and Micah Hyde, arguably the league’s best duo when healthy. CB Tre White remains out after getting hurt last season and even rookie CB Christian Benford, who had played well, will miss this game, too. That’s a plus for a Steelers’ receiver group that still looks strong on paper. Those guys need to make 1v1 plays and win downfield.

1. Josh Allen Is Just Too Much

Allen is a top three quarterback in football and some could argue he’s #1. And sometimes that’s all that needs to be said. Containing him for four quarters with a defense struggling to get after the quarterback and a secondary that’s dealing with injuries isn’t a good recipe to go on the road and try to win versus Allen. Buffalo doesn’t need to win by 14 points, they don’t care about the spread and this isn’t college football. All Allen has to do is make the final play and he’s about as good as it gets to do that. Coming up with a winning formula for 60 minutes is difficult.

The most important stat of all. Differential is a team stat, a combination of offense, defense, and special teams. Finishing even in this game won’t be enough. +1 probably isn’t either. Want to pull off a historic upset? Better win the turnover battle by a wide margin. +2 is the minimum to pull off the upset two years running. The Steelers were essentially +2 last year with the strip/sack fumble on Allen and the blocked punt. Gotta do the same.

Pittsburgh’s run game has slowly trickled upward, progressing week by week. At some point though, they must take a leap, not a step. Playing ball control, staying on schedule, winning on possession downs. All basic stuff but “musts” to keep Allen and the Bills’ offense off the field. That’s the best way to keep the score down. Looking for a 20+ yard run and a solid run success rate well over 50%.

Well…it’s not good. But at least I’m honest about it.