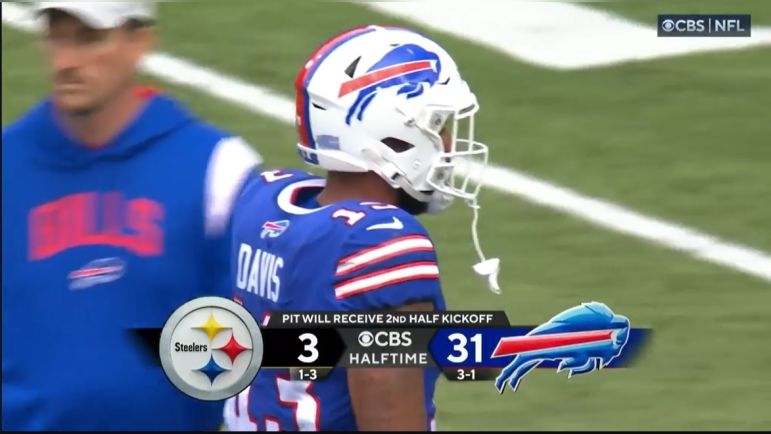 Coming into Buffalo, the Steelers were 14-point underdogs, the largest underdogs in their franchise history.

According to PFR, the Steelers have *never* been 14 point underdogs since the stat existed/has been tracked.

Despite Von Miller pleading that the 1-3 Steelers were in fact not an underdog against one of the most talented teams in the NFL, Sunday proved rather quickly who the better team in Buffalo was.

To be exact, it took all of 64 seconds for that to be figured out. After pinning the Bills at their own two on a muffed opening kickoff, Josh Allen wasted no time taking advantage of a Steelers secondary lacking two starters. As if he needs any extra help. Allen was able to find Gabe Davis on a post route over the top of Levi Wallace and backup safety Tre Norwood for a 98-yard touchdown. A real punch in the gut to start the game.

While it would end up being the deciding play in the game, as the Steelers only would end up putting up only three points, I think the true turning point was further into this game. Let’s set the stage.

Things got worse for Pittsburgh before they got better (slightly). Cornerback James Pierre, who was playing in place of Steven Sims dealing with a pre-game eye injury, wasn’t able to corral the ensuing kickoff giving the Bills the ball right back at the Steelers’ 21-yard line. However, with the help of a holding penalty, the Pittsburgh defense was able to hold tough and force a field goal that would be blocked by Cam Heyward.

As a fan, you went from deciding it may be time to just watch NFL Redzone today to “Okay, we’re back in this!”

After keeping it a one-score game, the Kenny Pickett-led offense would respond with a strong opening drive, with four first-downs and two third-down conversions behind the arm of their rookie QB. There was almost one more added to each category, but Diontae Johnson’s fantastic catch was ruled incomplete with his toe just hitting the white.

Instead of having a first and goal at the two, the Steelers had to settle for three points. Not something you want to do against one of the top offenses in the NFL. Seeing the way the offense moved was encouraging. There still was some hope, with Pickett leading the charge, that they may be able to keep up with the Bills if the defense can come up with a couple more stops.

The defense did their job on the following drives, forcing another Bills field goal attempt and an interception in the end zone by Levi Wallace. The offense simply wasn’t able to follow up their opening drive with anything of substance with two-straight three-and-outs.

Now it’s time for the official turning point of this game. The Bills had enough of letting the Steelers hang around. Against cover-3, Josh Allen wanted to give Gabe Davis another chance deep and he answered. Minkah Fitzpatrick was almost able to rip this ball away from Davis. It looked like he had possession of the ball for about four steps until Davis was able to wrestle it back.

The defense isn’t able to win every week like the Bengals game in the season opener, forcing turnover after turnover. If Minkah Fitzpatrick is able to pick this ball off it’s not likely the outcome of the game would have been much different, but it would have kept the game closer for a bit longer. The reason this is my turning point is due to the fact it was the dam finally breaking and the realization set in for fans that these teams are playing different games. 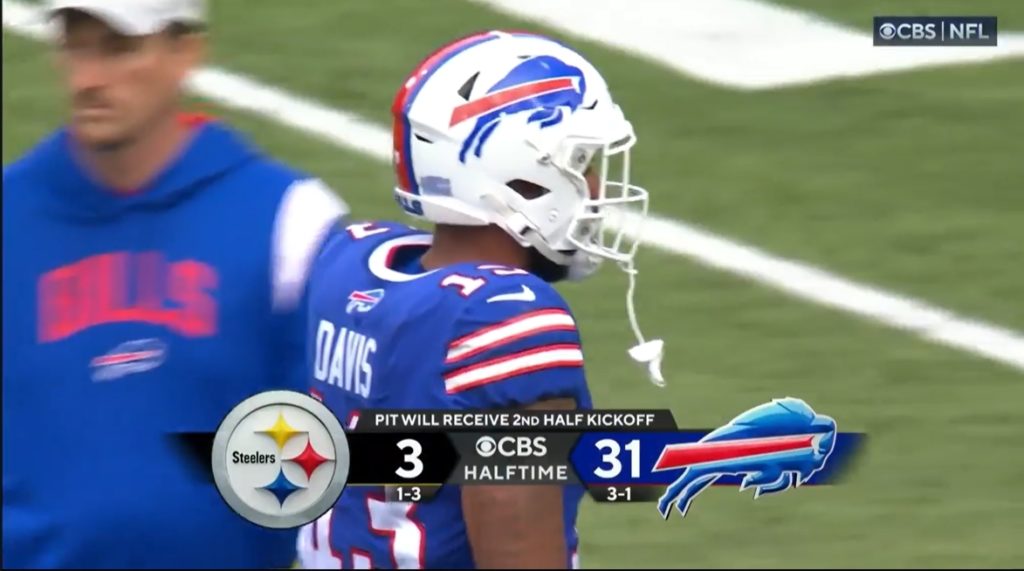 The Bills would go on to score touchdowns on each of their next two drives and go into halftime leading 31-3, giving the feeling this one was over before it even started.