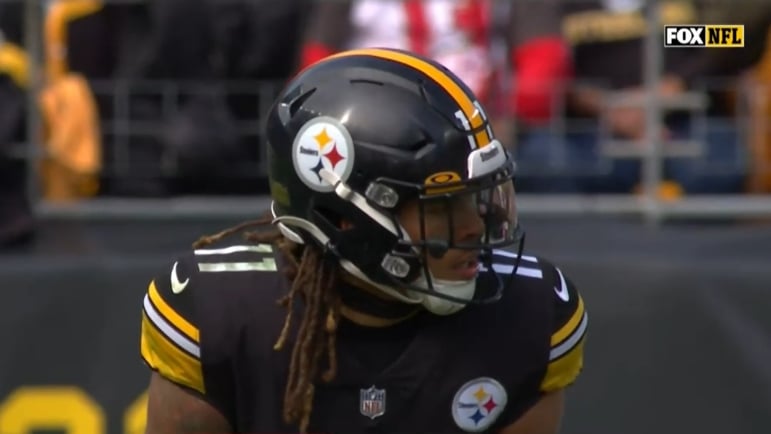 If the Pittsburgh Steelers are going to part with WR Chase Claypool prior to the trade deadline, it won’t be for cheap.

According to NFL analyst and contributor at The Score Jordan Schultz, two NFL franchises have informed him that the Steelers’ asking price for Claypool is a second-round pick at the minimum.

Two teams have now told me the #Steelers want a second-round draft pick in return for Chase Claypool.

My sense remains that Pittsburgh would prefer to keep the talented third-year WR. We’ll see, but his upside is simply too high if I’m Omar Khan. https://t.co/nAWADiMVAT

It has been rumored that multiple teams had been inquiring the Steelers about Claypool’s availability via trade since the start of the preseason. ESPN’s Jeremy Fowler has been on this rumor mill since the 2022 NFL Draft, suggesting the Green Bay Packers as a logical destination for the third-year wideout given the need to surround Aaron Rodgers with weapons as they attempt to make a playoff push.

The NFL trade deadline is only four days away on November 1st at 4PM EST. While the price of a second-round pick for Claypool may seem steep given his up-and-down play the last two seasons, he still is an immensely talented young receiver that could thrive in a new setting with a more team-friendly offense that best suits his skill set. With this trade deadline being more active than most in recent seasons, it only takes one team to pull the trigger and fork up with Pittsburgh is asking for in return.

The most likely scenario is that Pittsburgh keeps Claypool past the deadline, but if they get an offer that they can’t refuse just like when the Las Vegas Raiders traded for WR Martavis Bryant, there is a chance Claypool could get moved.