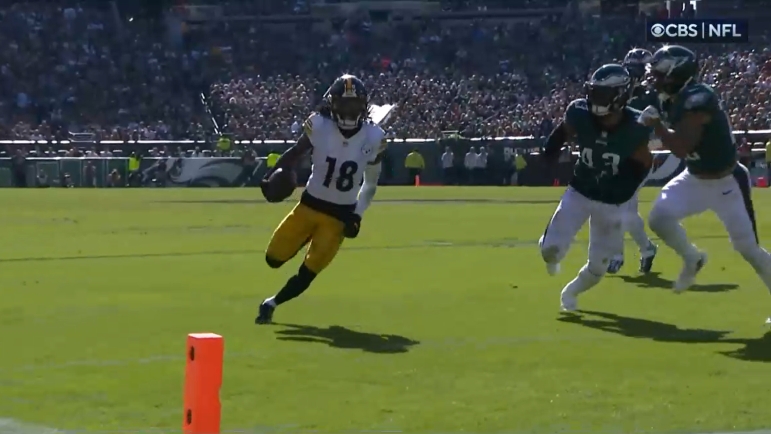 The Pittsburgh Steelers do not have a good offense. It’s the worst scoring offense in the NFL, and the team has struggled mightily when it comes to actually putting the ball in the end zone. On Episode 10 of his Footbahlin’ podcast, former Pittsburgh Steelers quarterback Ben Roethlisberger talked about what he would do to try and generate more offense for his old team.

“To me, if I’m the coordinator, this is what I’m doing right now. You have nothing to lose. I’m literally saying I’m throwing the ball deep on first, second and third down,” Roethlisberger said. “I’m not throwing the five-yard pass. I’m not throwing the three-yard pass. Right now, and it doesn’t have to be a deep seven-step drop, like I know you worry about protection, you can catch it and throw a ball 10-12 yards downfield and they can do more with it,” he continued.

I think most quarterbacks would like a game plan that involves them ripping throws down the field on every down. Roethlisberger acknowledged that Pittsburgh has tried to take some shots with minimal success, but said the attempts were “too few and far between.” Obviously, it’s not a realistic gameplan to just throw downfield every single down, but Pittsburgh has to increase its execution on its downfield throws to try and get more explosive plays in its offense. A good way to do that is to call more of them and work on them in practice, so when it comes time to take a shot in a game, both the quarterback and receivers are on the same page.

And while it’s unrealistic to expect them to take a shot on every play, calling a few more here and there in-game wouldn’t be the worst thing. Even just one or two more plays that call for a throw downfield would be beneficial. This offense needs momentum, and explosive plays are a great way to build momentum and put points on the board. What they’re doing right now just isn’t working. When they do call for a shot play, there’s some sort of miscommunication or just a general lack of execution that leads to it failing. That’s the stuff that should change with more practice and running the ball more to build familiarity, and if it doesn’t, that’s an indictment on the team and the coaching staff.

Right now, the Steelers’ offense is the worst in the league. They have to change that. Whether it’s more throws downfield or underneath throws with routes that allow for yards after the catch, they have to change something on offense if they want to be a competitive team for the rest of this season. If they stick to the same script, they’re probably going to end up with a top five pick in the NFL Draft.