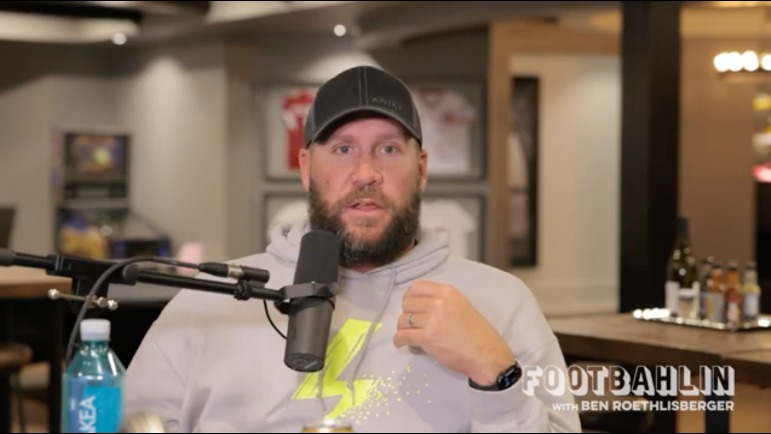 “I don’t think you can get a room like that again. You had two number ones in that room, a number two, and a fifth,” Batch said.

Obviously, Roethlisberger was a first-round pick, as was Leftwich, who was selected 7th overall by the Jacksonville Jaguars in 2003. Batch was a 2nd round pick, while Dixon was a 5th. Leftwich was signed during the 2008 preseason after Batch suffered a broken clavicle and was placed on IR, ending his season.

Roethlisberger said that it was like having more coaches on the sideline.

“It was like having three coaches. When I come off the sideline during games, that was the key to having a good room, when I came off the field, I didn’t want to go talk to my coach, I wanted to go talk to my guys. The guys had experience, when Charlie was there, Byron, Bruce [Gradkowski], Dennis, we had a great group of guys that, when I came off the sideline, like ‘hey, what did you see?’ Because I valued what you saw”

Even at that point in his career, Roethlisberger still valued the veterans in the quarterback room to help him see things and let him know if he might’ve missed a receiver or if he went through his reads correctly. Given that the 2008 season was Roethlisberger’s fifth in the league, he already was an established quarterback and a Pro Bowler, but he still thought highly of the work that the rest of the room was doing. That speaks to the importance of having a veteran quarterback room, with guys who have been starters in this league to help aid the development of a quarterback.

When you look at what the Steelers are doing now with Kenny Pickett, it’s similar. Mitch Trubisky, a former first-round pick and starter who has led a team to the playoffs is in the room along with Mason Rudolph, a guy who came into the league as third-round pick expected to be Roethlisberger’s successor and somebody who’s started a handful of games throughout his career. Those are guys that Pickett can turn to for advice and to help him develop and expand his knowledge of the game and the position.

While there’s still a case to be made for the team potentially trading either Trubisky or Rudolph, both have value in the locker room even if they don’t play a single snap the rest of this year. The main goal for the rest of this season is to develop Kenny Pickett into Pittsburgh’s quarterback of the future, and a good way to do that is to surround him with veterans who know what he’s dealing with and can help him through the trials and tribulations of an NFL season. It’s definitely interesting to hear Roethlisberger and Batch’s perspective on having veteran insight in the room, and it lends more credence to Pittsburgh’s decision to keep Rudolph despite his trade market supposedly heating up during the preseason.