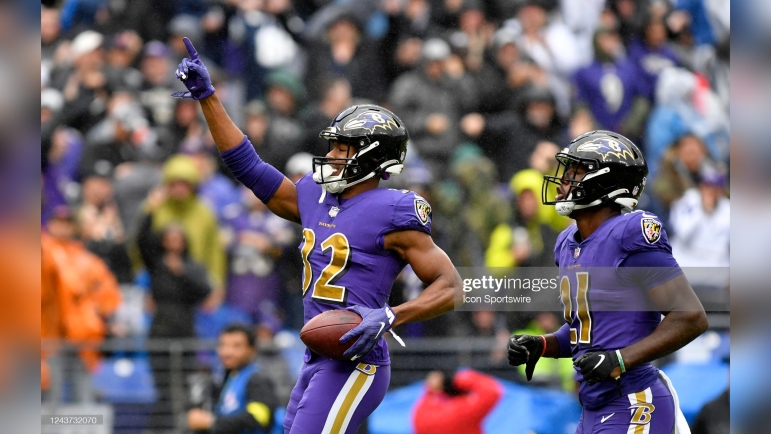 The Pittsburgh Steelers, the Cleveland Browns, and the Cincinnati Bengals all lost yesterday. If the Bengals and the Baltimore Ravens weren’t playing each other, perhaps they would have lost, as well, but somebody (almost always) has to win, and a last-second Justin Tucker field goal gave them one last night.

It wasn’t without a cost, however. Starting safety Marcus Williams suffered a wrist injury early in the game that head coach John Harbaugh described as serious after the game, telling reporters that he is likely to miss “significant” time.

He said that they would know more about the injury today and throughout the week, but Ian Rapoport indicated on Twitter this morning that Williams would “likely” be heading to the Reserve/Injured List, which shouldn’t be too much of a surprise.

From last night: #Ravens coach John Harbaugh said that S Marcus Williams, who already has 3 INT and has been everything they thought since he signed, has a dislocated wrist and will miss significant time. Likely headed to IR.

Players once placed on the Reserve/Injured List must remain there for at least four games, according to the latest rules updated for the 2022 season. Baltimore then will be without their starting safety for at least a month, but it could potentially be more than that.

A big-prize free agent signing this year, Williams had played every snap of the season through the Ravens’ first four games, registering 31 tackles with three interceptions, five passes defensed, and a fumble recovery, instrumental in Baltimore leading the NFL in takeaways through four weeks.

They did manage one takeaway, with linebacker Patrick Queen intercepting a Joe Burrow pass, and that drive did lead to a field goal in the third quarter, which at the time gave them the lead. They would need two more field goals for the win. But they needed that one too.

With Williams injured, Geno Stone stepped in at safety, and the third-year former seventh-round draft pick will presumably continue to start in his absence. Earlier this season, the team already lost starting nickel cornerback Kyle Fuller, but they do have their All-Pro tandem of cornerbacks, Marlon Humphrey and Marcus Peters, finally up and running.

Baltimore uncharacteristically entered Week 5 ranked 32nd in the NFL in passing defense, allowing over 315 yards through the air per game. They did hold Burrow to 202 net yards, with one touchdown pass and one interception.

Neither offense dominated, but the Ravens’ running game did show progress, with running back J.K. Dobbins looking more comfortable this week coming back from a torn ACL. Lamar Jackson also rushed 12 times for 58 yards, now with 374 rushing yards on the year. They’ll need all the offense they can get, but losing Williams for a significant amount of time won’t make it any easier for the defense to avoid the collapses they’ve been having.