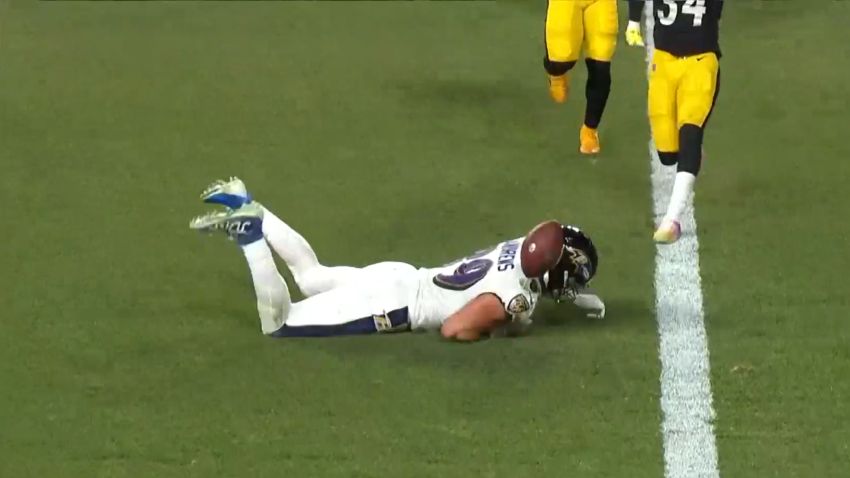 The Baltimore Ravens have spent the 2022 season alternating wins and losses. Fortunately for them, they started out with a win, so they have a 4-3 record through seven games. They could struggle to stack wins tonight, however, even facing a team with struggles of their own.

The Tampa Bay Buccaneers are riding a two-game losing streak heading into this game, including a loss to the Pittsburgh Steelers, and will be without some starters, but so will the Ravens. Defensive end Calais Campbell has already been ruled out, but All-Pro tight end Mark Andrews is in jeopardy of missing the game, as well.

Andrews has been dealing with a knee injury that has limited him. He was held without a catch on Sunday for the first time in his career. Officially listed as questionable ahead of tonight’s game, he has not practiced at all this week.

While he played nearly 90 percent of the Ravens’ offensive snaps in Sunday’s 23-20 win over the Cleveland Browns, Andrews was only targeted once all game. He had been targeted at least five times in every other game, with four games of 10-plus targets in the first six weeks.

He does have 39 receptions on the season for 455 yards and five touchdowns, numbers that rank second only to the Kansas City Chiefs’ Travis Kelce among tight ends thus far this season, which has become common for him in his career.

The Ravens as a team do rank sixth in the NFL in scoring, averaging 25.9 points per game, but their defense also ranks 21st, allowing 23 points per game. Much of that has been due to poor fourth-quarter efforts. They held double-digit leads entering the fourth quarter in each of their three losses.

Not having Andrews could be a significant handicap for quarterback Lamar Jackson and an offense that has struggled to put games away in the final 15 minutes. In fact, it would be the first game Andrews would miss in his career due to injury (he has missed three in total, one for rest ahead of the postseason and two as part of the COVID-19 protocol).

Of his 1,525 career pass attempts, 350 have gone in the direction of Andrews, by far the most of any player. The closest player in targets on the Ravens’ current roster is wide receiver Devin Duvernay with 80 targets. Nearly 23 percent of Jackson’s career pass attempts have gone to Andrews, and often they come at key moments.

Baltimore is right in the thick of the AFC North race, tied at the top of the standings with the Cincinnati Bengals, the first team in the division to manage to stack wins over the past two games, though the Bengals are 0-2 in the division with losses to the Steelers and Ravens. They play the Cleveland Browns on Monday night, and could be vying for the outright division lead if Baltimore loses tonight.