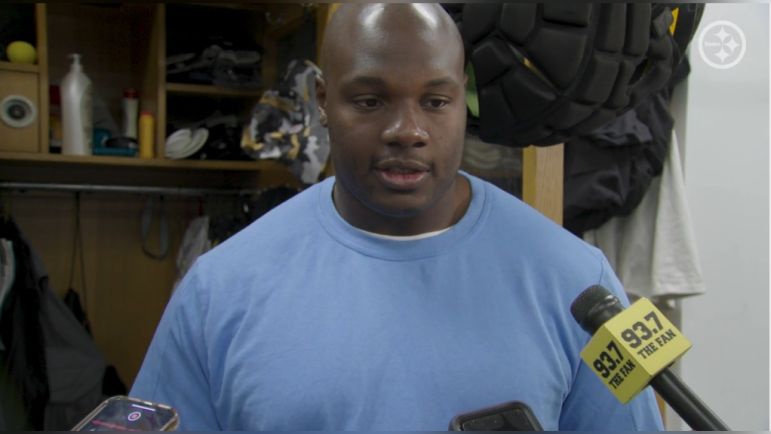 While Kenny Pickett made his regular season debut Sunday afternoon, it was far from the first time he worked with the Pittsburgh Steelers’ starters. And that was one reason for the spark he was able to provide this offense, putting points on the board for a unit who has struggled to do so throughout the year.

“We did get a lot of work with him in the preseason,” Daniels said of working with Pickett earlier this year via Steelers.com. “I felt like that was good. We got work with both quarterbacks in the preseason. Not in practice but the actual games. It’s nice that we did have previous work with him.”

Though Pickett didn’t open as a starter in any of the team’s preseason games, he saw work with the first-team offensive line and other select starters during the exhibition games. Pittsburgh’s starting front five saw an abnormal number of reps in the preseason to rectify its mistakes and struggles, a relatively new and young unit learning under yet another offensive line coach. That extended time gave them more reps with Pickett, making yesterday’s “debut” old-hat for the Steelers’ offensive line. Pickett’s play picked up where it left off, looking confident, and decisive, with perhaps a bit more aggression in his game, too.

Pickett moved the offense in the second half, producing touchdowns on two of his first three drives. Crucially, the Steelers fared far better on possession downs in the second half, going 6/7 on third and fourth down compared to just 1/6 in the first 30 minutes of play.

For Daniels, the change from Trubisky to Pickett didn’t change his assignment much.

“The cadence is essentially the same. I guess it’s different for [Mason Cole] snapping but for me, it’s pretty much the same.”

There were no snapping issues between Cole and Pickett, though Pickett had a poor-looking toss to RB Jaylen Warren one play before his second and most costly interception of the day. While Mike Tomlin has yet to name a starter, Pickett is the heavy favorite to start in Week 5 against the Buffalo Bills. He figures to be the guy the rest of the season, so this offensive line will get plenty of chances to protect him the rest of the way.