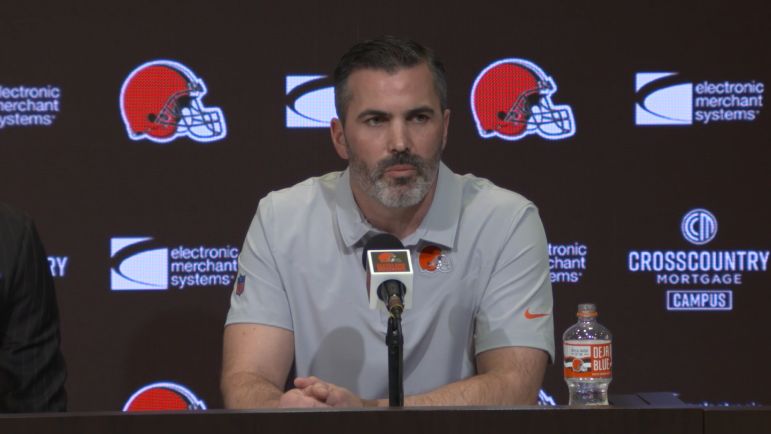 Pittsburgh Steelers fans—and the team as well, I would imagine—are not particularly satisfied with their current plight. Eased only by a brief respite in the victory over the Tampa Bay Buccaneers in Week 6, Pittsburgh has been playing bad football almost since the moment outside linebacker T.J. Watt went down.

But as the only quarterback they’ve beaten in over a month said earlier this season, there’s a lot of bad football being played out there. And a lot of it is in Cleveland. In fact, following the Browns’ latest defeat, now sitting at 2-4 on the season without a win since beating the Steelers, there was evidently a shouting match in the locker room that presumably put Arthur Maulet’s little rant to shame.

According to Mary Kay Cabot of Cleveland.com, although the screaming took place in a closed locker room, the sounds were audible in the adjacent press conference room where head coach Kevin Stefanski and players such as Myles Garrett and Jacoby Brissett were in the process of speaking to the media.

Perhaps he wouldn’t use that exact phrase, but it’s certainly adjacent to something head coach Mike Tomlin of the Steelers would say. In fact, he’s already had to say similar things, though not quite to this level, following the aforementioned rant by Maulet, which occurred in front of members of the media prior to their blowout loss to the Bills in Week 5.

“I think it’s just a lot of guys who are passionate about winning, passionate about the game, and they’re going to voice their opinions”, Garrett said. “Sometimes it spills out where people from the outside can hear. But nobody is no worse for the wear. I think everybody is just very intent on winning and fixing what we have going wrong”.

Indeed, this was surely a molehill being turned into a mountain, much like the altercation a few weeks back that allegedly took place between Steelers wide receiver Diontae Johnson and quarterback Mitch Trubisky.

You likely don’t make it to this level of the game without a committed passion to winning, and so when you lose a bunch of times, you’re going to have a locker room full of pissed off, emotional people who understand that there’s little they can do about the situation.

It’s entirely reasonable to expect that frustration to occasionally manifest into some screaming and yelling after a loss, and it doesn’t necessarily have to be interpreted as some huge issue. It sucks to lose. There are plenty of videos of mere fans who have nothing to do with the on-field result destroying their own property because their team loses. Then again, perhaps those people should get some help…