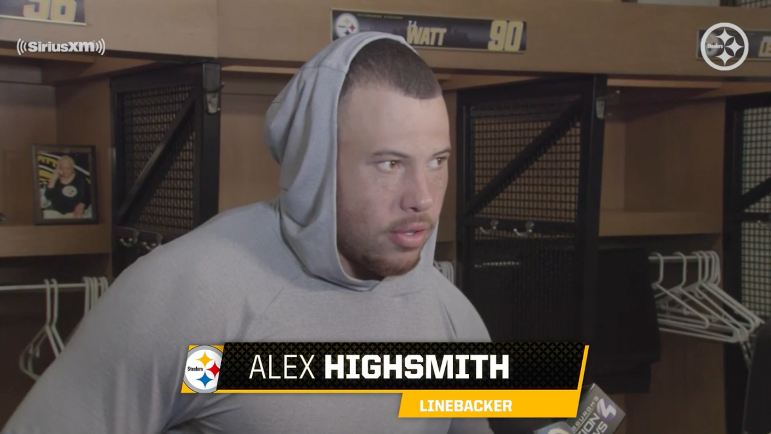 In a week in which it would have been more than understandable to drop a game, missing three-fourths of the starting secondary going against Tom Brady and the loaded Tampa Bay Buccaneers’ offense, the Pittsburgh Steelers somehow found a way to win an all-important game, snapping a four-game losing streak in the process.

Without the likes of star safety Minkah Fitzpatrick and dependable defensive backs in Cameron Sutton, Levi Wallace and Ahkello Witherspoon, the Steelers put together a patchwork performance against Brady and the Buccaneers, limiting Tampa Bay to just 243 passing yards and one touchdown in a 20-18 win, moving to 2-4 on the season while starting the process of digging themselves out of the hole they created with the four-game losing streak.

I took Mike Tomlin to task last week for the Steelers not fighting. With stars hurt they fought like hell to win.. confident, physical, and dialed in all day!

If you screamed for his job last week make sure you scream how great of a coach he his today! Well done 👏🏾

For third-year outside linebacker Alex Highsmith, who had a strip sack of Brady in the win and currently leads the NFL in sacks entering Monday night’s game between the Broncos and Chargers, the performance by the Steelers showed how resilient a bunch the black and gold have currently, he stated to reporters inside the locker room at Acrisure Stadium after the win.

“I think it just shows a lot. After last week I remember saying, it’ll show a lot about us, how we respond, in the face of adversity. It’ll show a lot our character and just who we are as a team,” Highsmith stated to reporters, according to video via Steelers.com. “And I think, you know, it showed a resilient team. We’re just gonna keep fighting always.”

Rolling a trio of practice squad elevation defensive backs onto the field against the greatest quarterback of all time, the Steelers did a tremendous job scheming things up in the trenches while keeping things relatively simple on the back end, confusing Tampa Bay’s protection allowing the Steelers to pressure Tom Brady, helping out a depleted secondary.

That’s not to take any credit away from the Steelers’ secondary, either. Terrell Edmunds was fantastic in his return, while James Pierre had a strong performance as the starting cornerback in the black and gold. Practice squad elevations Josh Jackson and Quincy Wilson more than held their own on the day, as did free safety Tre Norwood and slot cornerback Arthur Maulet.

Counted out time and time again leading up to kickoff, the young players answered the bell and put together a strong performance against the greatest to ever do it, helping the defense get enough stops to pick up a much-needed win. Resiliency goes a long way, and the Steelers will need this group to continue to be that moving forward as they try to continue their climb out of a hole.